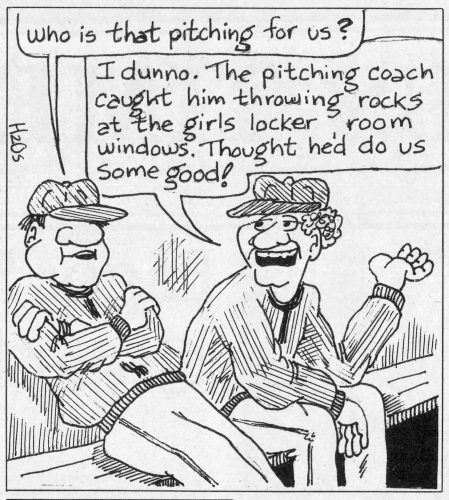 Why must others suffer from one person’s mistake?

The answer to that question, if there is one, may hardly seem justifiable. But there is one thing for sure: it has left the University of La Verne baseball team pondering over it.

On Feb. 18, 1981; Dan Drake, ULV head baseball coach, used player Reggie West in a game against Biola College. However, West, a transfer from UCLA, had not completed the necessary 22 units to make him eligible for regular season play, according to National Association of Intercollegiate Athletics (NAIA) rules.

Drake, on the other hand, had taken West’s word that he had com­pleted the required units, and that the registrar’s grade reports had not come in yet.

Drake took what was described as a “calculated risk” and even­tually struck out. We feel that it is not feasible to go around taking “calculated risks,” especially if you are already on watch status by NAIA officials for previous errors committed.

West was declared ineligible, and the entire 1982 La Verne baseball team must suffer for that one mistake.

Now that the damage is done, something has to happen in order to prevent it from occurring again.

There can not be any more assumptions or “calculated risks.” Standards that determine the eligibility of players must be tightened up. No more taking one’s word no matter what the circumstances are.

Then, maybe, the search for the answer pertaining to the question above will not be necessary.