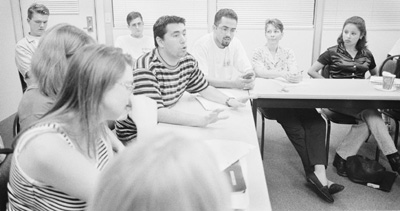 The week was to include daily events for Wednesday, Thursday and Friday, including a football game, Lip Sync contest and academic bowl.

Events that were completed on Monday and Tuesday included a barbecue and Letters Day, for each organization to display and be judged on their letters, and a bowling competition.

Because of an altercation between Delta Sigma Phi and Sigma Alpha Epsilon fraternities stemming from an outburst from a Delta Sigma Phi member, the bowling event was not finished and University of La Verne Greeks were asked to leave the bowling alley.

Though the written statement called for a withdrawal from Greek Week activities, the status of the event was tabled in the IFSC meeting. The issue will be further discussed at the next IFSC meeting on May 2.

Suggestions for the Greek competition included postponing all of the events for a later week, holding non competitive events later in the semester, or solely holding the Lip Sync event.