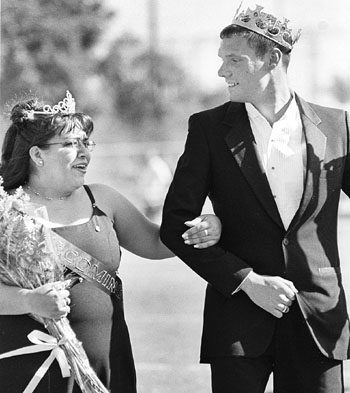 Following the halftime show, seniors Araceli Esparza and Lehi Dowell, this year’s Homecoming King and Queen, escort one another down the football field. / photo by Isela Peña 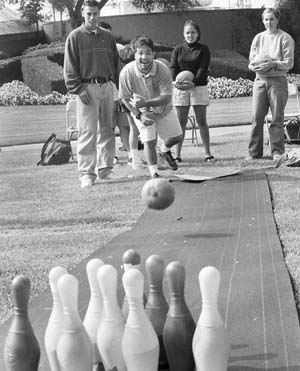 Daniel Obregon heaves a pumpkin down the lane toward the pins during the Pumpkin Bowling event last Thursday. Ralph Solis, Linda Gaeta and Stephanie Setmire look on in disbelief. / photo by Ian Gratz 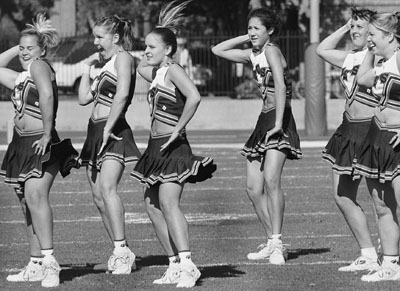 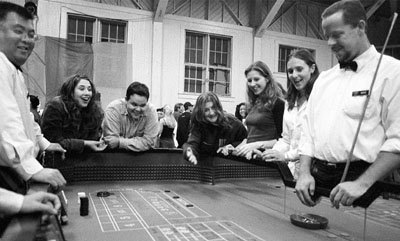 As part of Homecoming week, the University of La Verne hosted the annual Casino Night in the Old Gym on Thursday, Oct. 28. The night featured, among other things, the band, Flat Top Tom and His Jumpcats, non-alcoholic mixed drinks, food and gambling. Each student was given two chips, each worth $1,000 in credit. Students tried their hand at craps, poker, roulette and blackjack, trying to increase the amount of chips they had. At the end of the night, the chips were traded in for raffle tickets and a drawing was held for prizes, including a three-day, two-night trip to State Line, Nev. / photo by Matt Wright 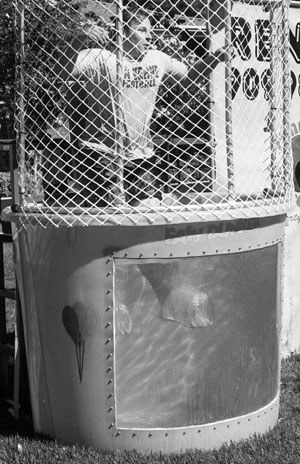 Freshman Stewart Leary takes a swim in the “Easy Dunker” during the Dunk-a-Football-Player event Tuesday. / photo by Isela Peña 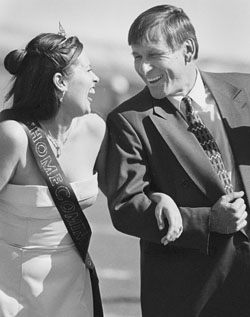