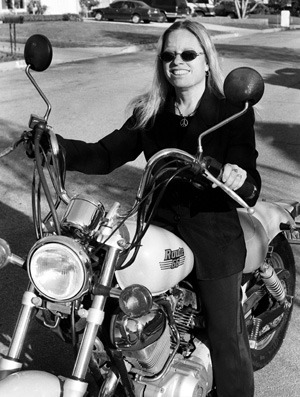 Once again, the University of La Verne is experiencing a change.

This time however, it is the Associated Students Federation (ASF) Forum that finds itself with a new face in the crowd.

Deborah Burris-Kitchen, associate professor of sociology, has landed the role as adviser for ASF.

Burris-Kitchen has been interested in the position for several years now but because she served on various committees that met every Wednesday morning, at the same time as ASF, she had to decline.

This year however, Burris-Kitchen inquired about the position to one of her students. Her student returned to her and said ASF was in need of an adviser so Burris-Kitchen attended an ASF meeting and stated her interest.

Now, that interest has become a reality.

Generally, her position requires her to sit in on ASF meetings and help out in other areas. However, she would like to play a major role in the advocacy group.

“They are there to bring general information to the student population regarding different social issues like the death penalty, crime, hunger and so on,” Burris-Kitchen said.

“She brings a lot to ASF and is dedicated in what she does,” said Kristine Werthwein, ASF vice president of advocacy. “She wants to work with students and create awareness on campus. I really respect her and look up to her.”

So far, Burris-Kitchen has not faced any challenges and likes her position.

“I enjoy getting to know students and the organizations and being allowed to be a part of it all.”