By Cathy Gastelum, Christian A. Lopez, Lauren Wooding on May 4, 2001 in News 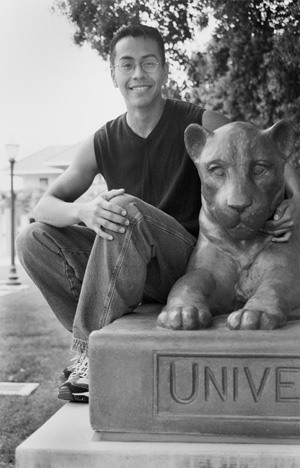 Current ASF President Mario Guerrero is running for re-election to his position for next year. Guerrero, a senior, is a double majoring in Spanish and computer information systems. He plans to use his college government experience when he enters politics in the future. / photo by Lauren Wooding

University of La Verne Associated Students Federation (ASF) elections took place April 30 and May 1, but the results of the elections have not been posted due to a flaw in the election itself.

According to some members of ASF, the voting was really close, and ASF members did not accurately keep track of which students voted, meaning that some students might have voted more than once.

Prior to the first election, executive board positions were running short on members.

“Every board should have had at least eight people running for each position; there were not enough candidates that desired to run this year,” said Kristine Werthwein current vice president of advocacy. 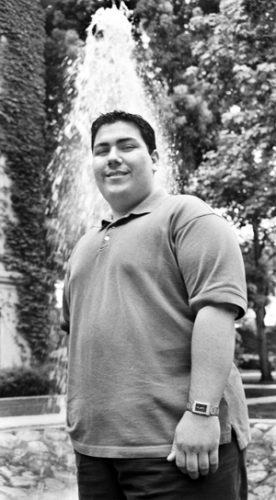 Anthony Granillo, ASF presidential candidate, is a fountain of ideas. Granillo, a junior political science major, is up against current ASF President Mario Guerrero. There will be a re-election Monday and Tuesday, due to a ballot discrepancy. The winner of the election will be announced on Tuesday. / photo by Lauren Wooding

For the second year in a row, ASF will not have a secretary. The only race that is in the election is for the position of president. Guerrero is running for his second year as president against Granillo.

Former accountant Shellie Etheridge proposed a change to the ballot. It would “appeal a change” to the ASF constitution. She said she would like to see two articles for the accountant position added to the current constitution. Etheridge is proposing that whoever runs for the position should have had taken one year of accounting or possess related experience.

Also, the accountant shall receive training from the previous accountant. Etheridge’s second proposal is for the accountant elections to be during the spring and be voted for by special elections.