By Campus Times Editorial Board, Natalie Fowle on November 30, 2001 in Editorials, Opinions 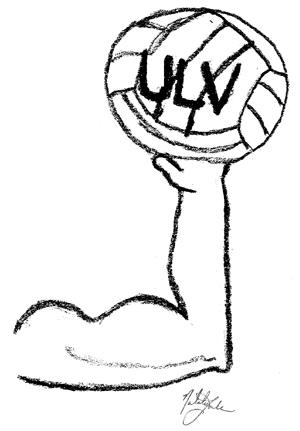 Often overlooked because of its small size and limited resources, the University of La Verne is home to some outstanding athletes. Currently illustrating this point is the women’s volleyball team, which competes today in the NCAA Division III National Championships in Whitewater, Wis.

In addition to winning SCIAC this year and being the West Region champs, the team added players to the list of those named All-Conference, All-Region and All-American. Head Coach Don Flora was also named as the West Region Coach of the Year.

Last year, the team brought notoriety to the university by winning SCIAC and also having players named to the All-Conference and All-Region teams.

The ULV community should be proud of the women’s volleyball team and all athletic teams that bring prestige and notoriety to the university.

The Leopards will be facing off against bigger schools and schools that have more prestige, yet ULV’s name is getting out across the country as a university that is doing great and respectable things with its small size.

It is no secret that the team has worked hard this season. We see their hard work and dedication through their triumphs and stamina. And whether they win the whole tournament this weekend or come home with the fourth place trophy, the Lady Leos should be proud of themselves and what they accomplished this year.

When we look to the women’s volleyball team, we see a group that has made a name for itself all through the art of dedication and persistence; something that no one can force on you, but that you have to find for yourself.

They set goals and have worked hard to achieve them, something to be admired in any arena of life.