By Campus Times Editorial Board, Christian A. Lopez on May 17, 2002 in Editorials, Opinions 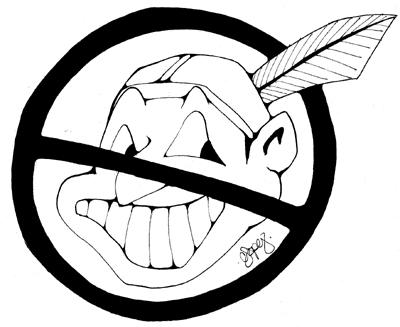 A bill being debated in state legislature would require all California public schools, grades K-12 to phase out mascots that are deemed derogatory, and stereotypical to certain groups and ethnicities etc.

If the bill is passed, California could become the first state in the U.S. to ban these mascots. The bill would affect the public schools in California with Native American mascots, such as Alta Loma High School’s Braves.

Ethnic groups should not be mascots for any school. Especially if it means the mascot is a comedic little cartoon character, which is usually the case. If schools would like to recognize cultures, then they should establish ethnic studies programs and teach students the real history of the United States. A history tainted with the deaths of millions of Native Americans as well as the decimation of people’s livelihoods, self-determination, dignity, human rights and sovereignty.

For those who want to argue that it “does not matter really,” well, it actually does. To many people. To many nations. So read up on the bill. Understand the meaning behind it for yourself. Form your own opinion, but please make it be an educated one. Take a Native American history course, or an ethnic relations course while your at it. Learn about the meanings of words like ‘stereotype,’ ‘derogatory’ and ‘genocide.’ Find out why words are very significant to most people, for the power they hold. Find out how many racial profiling and hate crimes get reported a year. Realize that many of these things could be prevented if people were more tolerant, educated and caring. These images are offensive and help to further stereotypes that we as people all have about one another.

Schools are not the place where stereotypes are learned. And schools should not have the right to use a mascot based on what they think is the “right” portrayal of a culture. The “image” of people, belongs to them, ONLY.

The point is, humans are humans and are in no way logos, mascots or images to be bought and sold like goods and services.

This bill would not cost schools any new funds. The process would be continual. When the time comes to buy new uniforms, then the school would buy ones in accordance with the new law.

Other institutions and organizations have already taken the step in the right direction. Newspapers like the Portland Oregonian phased out the usage of derogatory sports teams in 1992.

The stereotyping of people in our society has gone too far, for too long. And as Assemblywoman Goldberg has reminded us, there are plenty of symbols, colors, etc. that could be used as mascots.