By Adam Omernik, Campus Times Editorial Board on December 5, 2003 in Editorials, Opinions 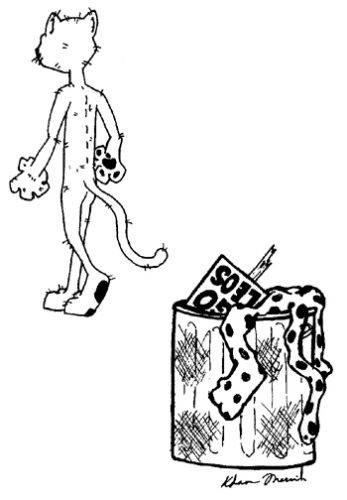 Traditions are supposed to inspire enthusiasm, involve activities that people enjoy doing, be fun. Why, then, does it seem as if these long standing traditions are failing to evoke spirit.

One tradition – bringing out Leo, the University of La Verne mascot during school events – is seldom seen. But in all fairness, he was at the homecoming game

And attendance at sporting events is low.

Why is campus pride so utterly stagnant?

Jason House, a spirited sophomore who cheered on the ULV women’s volleyball team painted in green and orange, said he thinks that low attendance and a lack of excitement at games could possibly have something to do with how well teams are doing – most are not doing very well – or whether the team is having a successful season.

Take the women’s volleyball team, for instance: It’s the exception. They’ve won almost every game they have played, and audience attendance forces you to fight for a seat.

But go to a home football game and you’ll notice, with a glance into the stands, that the opposing team often has equivalent, if not superior, attendance, compared to ULV.

Maybe there is something more to it.

After all, teams at other schools with arguably dismal records still have good, if not great, attendance.

Chris Cicalo, junior, said he does not go to games because they simply do not interest him. Regardless, there has to be at least one student on this campus who is willing and spirited enough to shimmy into the old leopard costume, right? Maybe not.

Our spirit seems to be all but gone.

So where did it go?

Was it ever really there?

There is no reason for students to become excited about something if they can’t relate to the event in some way.

Efforts should be made to recruit a new Leo mascot. A new Leopard costume should be purchased, one that is made of breathable fabric so the student wearing it won’t wither away from heat exhaustion.

We all see the flyers and posters announcing meetings for the baseball team, softball team, African American Student Alliance, and the various other organizations on campus.

But what about announcing a meeting for a new mascot? Maybe we should all lend a helping hand in bringing back some Leo pride.

Do not be afraid of going to a sporting event and cheering for ULV. It sounds more supportive when the cheers are coming from peers rather than parents who are angry with the referee.

Give students a reason to come to an event and they will come. Eventually they may develop a sense of school pride.

Think of the possibilities.

Hey, if we get enough spirit going, maybe we could take the old Leopard skin out of retirement.

When it comes down to it, we all should lend a helping hand to support our sport teams and organizations on campus.

Actually having a mascot at games and events would be a nudge in the direction of spirit.