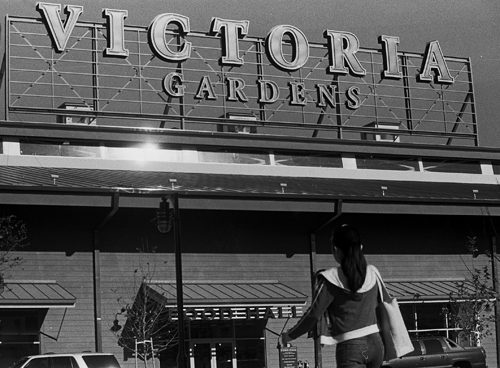 Are you looking for a new place to spend most of your savings this holiday season? Are you a shop-a-holic who has grown tired of the same old shopping centers?

Then fret no more. There is a new mall in town.

It is not just any mall but it is Victoria Gardens: nearly 147 acres of outdoor stores, food and entertainment.

This beautiful shopping center is located in Rancho Cucamonga on Foothill Boulevard off of the 15 Freeway.

The grand opening of Victoria Gardens was Oct. 28.

This project was a huge investment and the partnership of two nationally recognized companies, Forest City Development and Lewis Investment Company, LLC.

These two companies have invested $200 million in the mall and hope that many people in the Inland Empire appreciate their investment.

This mall is not like average surrounding malls such as Montclair Plaza, Ontario Mills or the Brea Mall.

Instead, this outdoor mall resembles such shopping areas as Old Town Pasadena, The Block in Orange and the Beverly Center in Century City.

The only indoor area is the food court.

Outside of the food court there are tables available where bustling shoppers can sit down and relax for a bit. There is also a playground area for the children.

For the chilly evenings, which have started already, a big fireplace is lit for those who just want to sit down with a cup of coffee available from either the Coffee Bean or Starbucks.

“I like it because it reminds me of Disneyland,” said sophomore business major Will Hawkins.

“It looks like Disneyland because it’s set up like a small town even though it’s in a big city,” Hawkins said.

Victoria Gardens has nearly every store that anyone could

possibly imagine, including department stores like Robinsons May, Macy’s, JC Penney and possibly a Nordstrom in the future.

Victoria Gardens, although somewhat of an upscale mall, is introducing many new stores and restaurants to the Inland Empire.

One store that seems to be gaining popularity in the Inland Empire already is Buckle, a store that originated in Nebraska in 1967.

There are only 10 Buckle stores in California, and Rancho Cucamonga was lucky enough to be number 10.

Speaking of which, Lucky Brand is one of the biggest and most popular brands found in Buckle. Roxy, Kenneth Cole, Billabong, Fossil, Hurley, Quicksilver, G Unit, Ecko, Puma and Buckle’s own BKE line are all featured in this rather hip store.

It is very stylish while remaining conservative at the same time.

“It has been crazy here since we opened,” Michler said.

“And we are still hiring,” he added.

Buckle also does alterations to make your jeans fit you perfectly.

Pac Sun and Hollister: watch out.

Buckle is definitely going to create tough competition among some of the trendiest stores here in Southern California.

With so many stores, one should really save nearly $500 before even thinking about going to Victoria Gardens.

But if not, window shopping has always been an enjoyable pastime for many.

“I love this mall but it is just really cold out here. The stores here are awesome. I can’t wait until after Christmas so I can buy things for myself,” shopper Cecilia Laszlo said.

The stores are not the only things of which Victoria Gardens has plenty. The restaurants there are wonderful as well.

Thanks to Victoria Gardens, the Yard House has finally found a location in the Inland Empire, making many beer lovers very happy.

With at least one hundred if not more different beers on tab, the restaurant is based around the bar. One must like alcohol an awful lot to fully enjoy all that the Yard House has to offer.

California Pizza Kitchen is another restaurant that has decided to expand out of Orange County and come to the Inland Empire.

There is also a bar-b-que restaurant and soon to come: the famous P.F. Chang’s China Bistro.

It is a privilege for the Inland Empire that someone has decided to finally bring many of the most popular stores and restaurants found only in Los Angeles and Orange counties to our part of the state.

Victoria Gardens is making sure its first Christmas season in business is full of holiday celebration and cheer for all of their customers.

Now through Dec. 24 snow will fall nightly at 7 p.m. with an additional 8 p.m. snowfall on Fridays and Saturdays, creating a magical atmosphere perfect for the busiest consumer holiday.

There will also be carolers strolling through the mall and a 65-foot Christmas tree erected for all to see.

And Santa Claus will even be present giving children the opportunity to deliver their wish lists to him directly.

Melissa Rodriguez can be reached at mrodriguez2@ulv.edu.

Women’s v-ball third in nation
Counting down to graduation