By Adrian Medrano, Emmah Obradovich on March 18, 2005 in Sports, Tennis 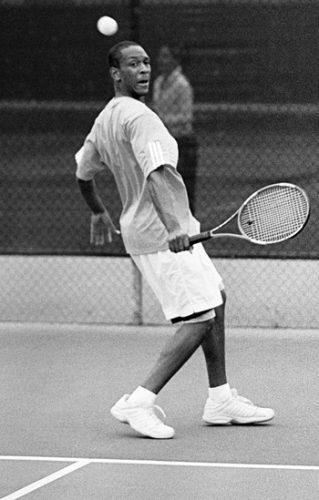 The Leopards now post 3-7 record after their lost to South.

The men were propelled in their victories over the Puget Sound Loggers by three strong performances from their top singles players.

After defeating the Loggers, the Leopards were unable to carry the momentum over to their next match with South.

South dominated the entire afternoon, as they shut out the Leopards 7-0.

The University of the South blew past the Leopards, winning all but one of their singles matches in straight sets.

The weekend split came after a Southern California Intercollegiate Athletic Conference loss for the Leopards on March 9 at Claremont.

Pomona-Pitzer handed the Leopards sixth conference defeat this season in a 5-2 Sagehen victory.

The Leopards’ optimism was high after Backes and Longanecker earned consecutive victories, but the Sagehens went on to win the last four single matches.

Backes won his singles matches against the Sagehens, 6-4, 2-6.

The Leopard also pushed over his opponent taking his match 13-11 in the tiebreaker.

The Leopards will host Colorado College today at 2 p.m. at Nancy Blickenstaff Pavilion.

Adrian Medrano can be reached at amedrano@ulv.edu.