Home Arts, Etc. Theater Review: Fullerton’s ‘The Crucible’ is no hoax
Facebook
Twitter
Pinterest
WhatsApp
Tracy Spicer
Assistant Editor Elaborate sets, impressive acting and a powerful story, which explores the themes of pride, manipulation, fear and honesty, proved to be a successful combination for the Fullerton College Theatre Department’s production of “The Crucible.”

Directed by Gary Krinke, the play was held at 8 p.m. on Oct. 6, 7 and 8 at the Fullerton College Campus Theatre.

As traditional Puritan hymns sung by the Mormon Tabernacle Choir echoed in the background, a diverse crowd of all ages filled the cushioned seats of the theater.

Although it was announced that the play was sold out for all three performances before hand, only two-thirds of the seats in the tiered theater were filled. However, during the play’s intermission, spectators on a waiting list were allowed in to watch the second half.

Scenic artist Aaron Benson and lighting designers Zachary Harless and Shawna Kyees each did a remarkable job regarding the overall ambiance of the play’s set.

After a voice announced, “Welcome to Salem,” a dark gray sky and a rich full moon appeared, hovering over a laughing silhouette in a dark forest.

Suspenseful, eerie music and the female figure’s roaring laugh pierced the eardrums of the audience as more figures emerged, dancing and chanting from the sides of the stage.

The stage then transformed into the stark bedroom of a “possessed” Puritan girl, with wooden slat walls and floors against a grayish-blue sky.

During the second scene of the first act, gasps emerged from the audience as a home-like setting rose from the orchestra pit, complete with a paned window, table setting and fireplace.

This same stage appeared again during the third scene of the second act, but was instead an enclosed jail, with thin, wooden bars and stone steps.

Not only the sets and the costumes were striking. Each of the actors in the 30-member cast spoke with convincing 17th century accents.

Stephanie Rose convincingly played the eccentric Abigail Williams, one of the most complex and malicious characters in “The Crucible.”

When she and 14 other girls were found performing witchcraft in the woods, Abigail denied the allegation and accused other townspeople, particularly women Abigail did not like, of these practices. Abigail’s main motive was to punish Elizabeth Proctor, played by Michele Carroll, the honest and virtuous wife of the man whom Abigail had a lusty affair with.

During the court scene, Abigail, a Salem Witch Trial jury member, stated that she saw the devil in one of the women and threw an elaborate tantrum, complete with screaming, jumping furiously up and down in her seat and collapsing on the floor.

Her followers then mimicked Abigail’s animated actions and hysteria ensued, as violent music with staccato violins further added to the chaotic atmosphere.

Michael Minto portrayed John Proctor, a well-respected member of the town who valued his pride and distrusted the religious politics in Salem, especially the leadership of Reverend Parris, played by Will Jackson.

When his wife was put on trial for witchcraft, Proctor’s reputation was further tarnished by Abigail’s scheme. He then had to decide whether to lie to save both himself and his wife or to stand by the truth and be hanged.

One of the most impressive performances was Eunice Chiweshe-Goldstein as Tituba, a black slave who teaches the sheltered Puritan girls about the spirits.

Dressed in a mustard-yellow headdress with matching, flowing skirt, Chiweshe-Goldstein, with a convincing Barbadian accent, kept audiences guessing whether she was a naïve, helpless slave or a clever partner in Abigail’s deviant plan.

Arthur Miller’s “The Crucible” is a drama that reflects both America’s past, as well as today’s contemporary society.

When it first opened in January 1953, it garnered much attention due its controversial, yet popular, theme.

“The Crucible” applied to the 1950s McCarthy trials, in which Sen. Joseph McCarthy accused many American leaders of being communists. Similarly to the Salem townspeople, some people believe McCarthy because they feared communism, and his influence further played on the country’s fears.

The Fullerton College production stayed true to Miller’s play and produced a spectacular performance all around, from impressive set design to remarkable acting.

Tracy Spicer can be reached at tspicer@ulv.edu. 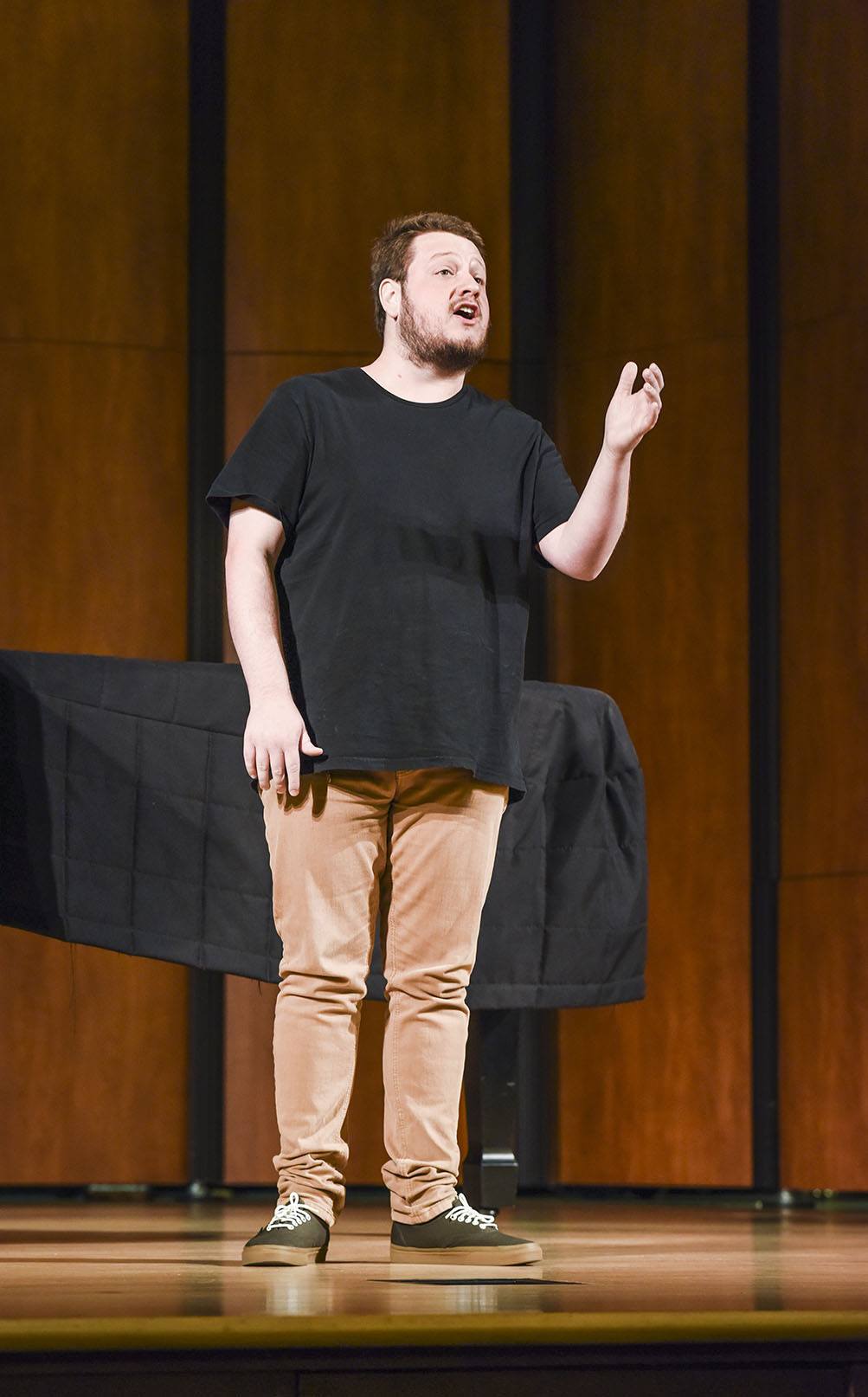