By Campus Times Editorial Board, Matt Hill on May 4, 2007 in Editorials, Opinions 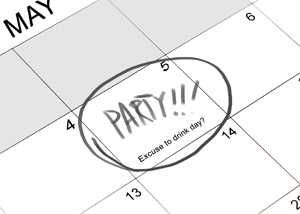 In light of the recent May Day protests, it is evident that in Southern California there is a very heavy Latino influence on our culture.

As a region we pride ourselves on our diverse atmosphere and willingness to accept all cultures and blend them in as a part of our own.

It is all around us: speaking Spanish has become a commodity in the job market; places like Olvera Street in Los Angeles showcase Latino heritage; and there is always a hot new authentic Mexican restaurant popping up somewhere. It is something that has become such a huge part of our lives that we almost don’t even notice it anymore.

On the contrary you say, Cinco de Mayo is tomorrow and I am going to celebrate right along with my Mexican brothers and sisters.

Well, just because you bought two 32-packs of Coronas and a piñata does not mean that you have really taken time to appreciate the culture.

No, it is not Mexican Independence day and no, it wasn’t the day that Mexico defeated the Spanish army.

At least if you are drinking in the name of Cinco de Mayo don’t you think you should know what you are throwing back those beers for?

Cinco de Mayo is the Mexican holiday commemorating the Mexican victory over the French in the Batalla de Puebla on May 5, 1862, which was 52 years after Mexico declared its independence from Spain, in case you were wondering.

A small, ill-equipped Mexican army of between 4,000-5,000 took on the much larger, much better prepared French army and by some miraculous endeavor the Mexican army defeated the French. Despite the fact that the victory was short lived, the day still represents a unity that was unseen in Mexico before that day.

What is humorous is that this holiday is hardly celebrated in Mexico as compared to in Southern California. There are varying degrees of celebration but the main attractions occur in the Mexican state of Puebla.

So why is it that in SoCal that this holiday has become so commercialized? Is it the fact that we are trying to relate to our Mexican influences or is it just simply the fact that we have become a party region?

Any excuse to throw back some Coronas, Tecate or Modelo is okay with us. Too bad all of these beers are brewed in Chicago, so much for any glimmer of a hope that we could support the Latino community with our drinking habits.

So tomorrow, when you are on your way to a Cinco de Mayo party, ask yourself what you intend to do there. Remember what American holidays such as the Fourth of July and Memorial Day mean to you.

You wouldn’t want someone from another country disrespecting them with irrelevant parties and unacceptable acts of stupidity, so maybe you should try and refrain from doing so yourself.