By Elsie Ramos, Garrett Gutierrez on October 1, 2010 in News 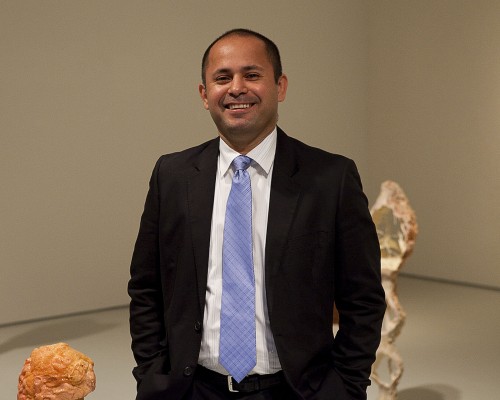 After Byron Howlett stepped down from his post as director of housing and residential life last spring – and with this year’s housing crunch – the University of La Verne needed to find someone who could tackle the job head on.

With his experience in housing at Cal Poly Pomona, Cal State Northridge and Cal State San Bernardino, Juan Regalado has had no problem stepping in and dealing with the issues that have come his way.

After just a few months on the job, Regalado has already been instrumental in a plan to build new dorms, which is set to be completed in fall 2012.

After working in large public universities for his entire career, Regalado welcomes the close-knit community that La Verne brings.

“Most of the schools are public, La Verne is private and there’s a an intimate relationship that I like,” Regalado said.

Regalado has been involved in housing since his days at as a student UC Irvine, where he worked as a resident advisor and helped put together orientations.

Being involved with students almost his entire adult life has made Regalado a great communicator.

“He’s done a wonderful job,” Rahmani said. “He knows the importance of being a great communicator.”

However, his communications skills did not all come from his college career, it also comes from his upbringing.

Regalado was raised in El Salvador until he was 11, when his parents decided to move him and his two sisters to El Monte to look for a better life.

“The economy and the war [in El Salvador] was not good for our family, so my parents decided to move us,” Regalado said.

“They really stressed education in order to move forward in life,” Regalado said. “I took their traits of understanding people and used them.”

Regalado said that his mother is the backbone of their family and that his father has always been the emotional leader.

Regalado has now begun a family of his own and will pass down the values his parents taught him to his three-month-old daughter.

“The fondest memories I have are of college and getting involved, but now they are of meeting my wife and watching my little girl grow up,” Regalado said.

Regalado is currently working on his doctorate at Claremont Graduate University.

“It’s not the end of my path,” Regalado said. “My path is still developing.”

So far, students and faculty have taken to Regalado and enjoyed the job he has done.

“They definitely chose the right person,” Sotosainz said. “When it comes to getting things done, with him they get done.”

Being a housing director is not what every little boy dreams about being when they grow up, but for Regalado it worked out for the best.

“I wasn’t exactly looking to be housing director, but it just kind of fell into place,” Regalado said.