By Anthony Juarez, Campus Times Editorial Board on April 22, 2011 in Editorials, Opinions 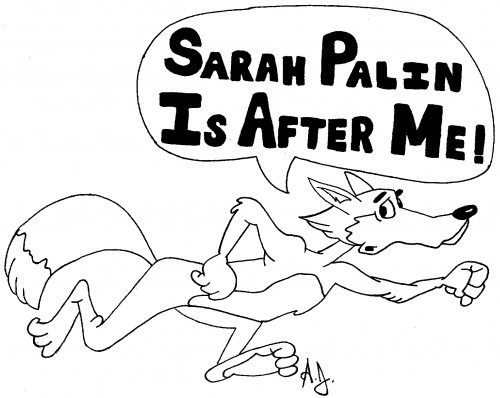 The United States Senate approved the 2011 federal budget plan last week, an action that has been long overdue and wrought with problems. However, the approval came with one questionable addition.

An order for the Interior Department to lift protections for gray wolves in Montana, Wyoming, Washington, Oregon and Utah was attached to the federal budget plan to ensure its passage and avert the government shutdown that has been imminent for nearly two years.

The rider would return protection of wolves to state management in Washington, Oregon and Utah. These states would then be faced with the responsibility of managing the wolf population while maintaining its protection.

It would also allow wolf hunting to resume in Idaho and Montana, where the nearly 1,250 wolves have been blamed for hundreds of livestock attacks and population declines in big game herds.

However, protections would remain intact in Wyoming.

Gray wolves were almost wiped out across most of the United States last century under a government bounty program that was established to benefit the agriculture industry.

It was not until the mid-1990s that wolves were reintroduced to Wyoming and Idaho, where more than 1,651 wolves roam the region.

It does seem that by taking the gray wolf off the endangered species list and returning its management to the state level will save the federal government money; in addition, the population of gray wolves has well exceeded its target number for recovery.

Although removing the gray wolves from the endangered species list does make some sense because their numbers have recovered, it raises even larger concerns for other species on the list.

If the federal government can decide to remove an animal from the endangered species list for the sake of saving money, where will they draw the line?

This is the first time an animal has been removed from the endangered species list by Congress, but there is no guarantee it will be the last, since cuts are being made daily.

This course of action raises the question of whether the government will decide to pull more animals from the list if the economic condition of the nation does not improve.

It has not been made clear how much money will be saved by removing the gray wolves from the list, but it is doubtful that it will make any difference in solving the nation’s budget issues.

This rider poses a threat to all endangered species, whose status of protection is clearly not as absolute as it should be.

The federal government’s decision to withdraw protection of an endangered species for the sake of pinching pennies makes a profound statement about our nation, and it is not a good one.

This action just goes to prove that the government legislators will go to unlimited ends just to save money.

Disregarding the welfare of the environment and the animals that inhabit it only makes for a more depressing future outlook.

With pushes toward a more environmentally conscious nation, this decision by Congress shows intentions of the opposite nature.

Once there are no animals on the endangered species list due to excessive spending cuts, who knows where the federal government will turn to save money.