By Anthony Juarez, Campus Times Editorial Board on October 28, 2011 in Editorials, Opinions 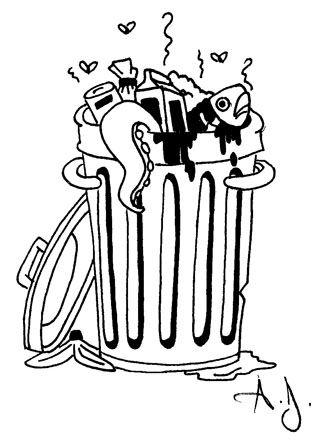 For the inauguration of President Devorah Lieberman the campus was scrubbed until even the trees around La Verne seemed to shine.

Alumni were treated like returning champions and students were able to enjoy three days of a truly beautiful campus.

Now that the President has been officially ushered in and welcomed by the current students and its alumni, the University has returned to what it was before.

This short lived beauty treatment has left many students feeling under appreciated.

During the weekend, for example, the alumni were catered to as if they were the true queens and kings of homecoming and served a higher quality of meals than students.

While Bon Appétit has been doing a wonderful job catering to the taste of the students, it was obvious that all the stops were pulled out to impress the alumni as much as possible.

The biggest alterations made that threw off a lot of students was the addition of more foliage and decorations that made the campus greener.

The walkway behind Miller Hall was decorated with extra trees complete with fake oranges pinned to them.

The flowerbeds were replanted, again, and every surface from buildings and lamp posts were scrubbed to perfection.

The Campus Center’s sidewalks also were steam blasted to remove all impurities from the cement and ensure that it was clean and ready for inauguration. It removed gum, dirt and stains from events from the Morgan era to usher in our new president.

Some of the glass was even replaced to include a green seal of approval proclaiming that the Campus Center is environmentally friendly.

The fact the campus got such a dramatic makeover for inauguration is a good thing, but it should not take a huge event to maintain the campus and make it beautiful.

The last minute clean-up of the campus almost resembled the stereotype of when college students clean their rooms last minute when their parents are coming to visit.

Routinely cleaning the sports center and theater tents, for example, would keep them looking white instead of gray.

Making sure our flowerbeds get a healthy amount of attention would keep them from dying too quickly or wilting after a humid day.

The campus is not a giant trash heap but it is not always perfectly groomed either.

Two weeks of cleaning for one day made the campus feel as if it was always filthy and students did not realize it.

In the future for major events, we hope the campus will just be maintained throughout the year so we can keep up our bragging rights.

The hope is that it will not take another inauguration for the campus to get this kind of facelift again.