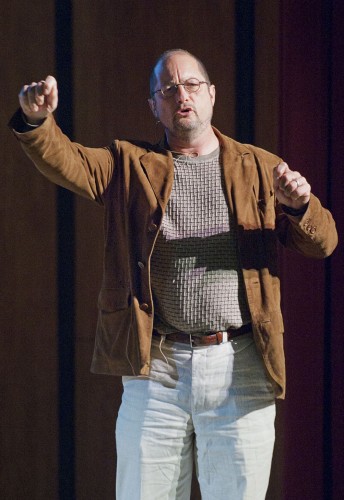 Bart Ehman, a distinguished professor of religious studies at the University of North Carolina delivers his lecture, “Is the New Testament Forged? The Surprising Claims of Biblical Scholars.” In the lecture Ehman discussed his research into the origins of the New Testament. Ehman believes that 1 Peter and 2 Peter in the New Testament, thought to have been written by the Apostle Peter, could not have been written by him. The location of Peter’s birth meant he could not have been fluent in Greek, the language in which the original text was written, Ehman said. In addition Ehman said that pieces of non-Biblical literature, such as those claimed to be written by Clement I, were also forged. Ehman has written four New York Bestsellers, including “Jesus Interrupted,” “God’s Problem,” “Misquoting God” and his most resent bestseller “Forged.” / photo by Cameron Barr 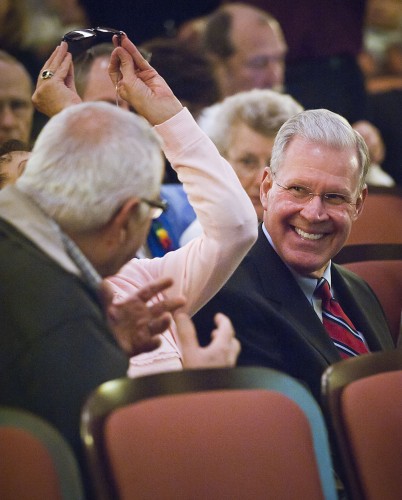