By Campus Times Editorial Board on November 4, 2011 in Editorials, Opinions 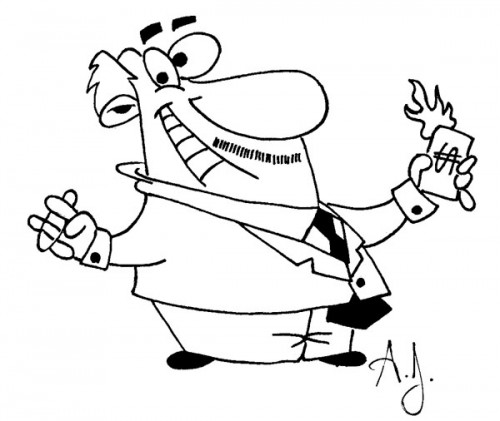 Scott Olsen, 24, is a United States veteran who served and survived two tours of Iraq. Olsen had his skull fractured after he was hit at pointblank range in the head by a tear gas canister fired by a police officer, an act which police policy expressly forbids, during an Occupy Oakland protest.

Following his Oct. 26 injury, Olsen was rushed from the scene by his friends Clare Chadwick and fellow veteran Matt Howard to Highland Hospital in Oakland where he remained in a in critical condition in a medically induced coma. Olsen is expected to make a full recovery.

Since this incident, Olsen has become the lynchpin for the outcry of police brutality in the wake of the Occupy movements.

The movements have taken hold in nearly every part of the country over the course of the past few months as hundreds of thousands have joined together to protest the practices of Wall Street and the current distribution of wealth.

Valid criticism can be lobbed on both sides regarding how organized the movements have been to achieve their goal. But one thing that cannot be denied: Some police officers have responded inappropriately to the protests.

Reports have circulated since these protests got started of these otherwise peaceful gatherings being broken up with teargas and nightsticks.

Felix Rivera-Pitre in New York was punched in the face by an officer for not clearing the streets fast enough; Ryan Hadar in San Francisco was dragged by his thumbs through the street; members of the Veterans for Peace were shoved and dragged through the streets in Occupy Boston.

Police have denied many of these actions, but as video footage is steadily released to confirm the accusations, their credibility becomes questionable.

Police brutality at peaceful protests is nothing new. One could go as far back as the Civil Rights Acts to see that the police have reputation for responding with questionable gusto in the face of an inconvenient protest.

What’s most disappointing is that some of the local PD remain ignorant of the vehement actions of the past and continue the problems of excessive force to this day.

To suggest that the police should not do their job and deal with dangerous threats in a manner most appropriate would be ridiculous.

Obviously, the public would need authority figures for protection, but it is hard to see who is being protected from what when a group of protesters ends up injured for trying to stand up for a cause.

Thankfully, these issues have been relatively isolated to a few locations, most notably to New York and Oakland.

It is important to recognize that many officers have not taken to such aggressions actions when dealing with protestors.

However, the fact that responses like the one that put Olsen in the hospital have occurred at all is disheartening.

What’s worse, violent responses from officers have a habit of inciting violent reactions from the protesters, escalating the protests to riot levels, which have occurred as recently as Wednesday in Oakland.

Oakland protestors closed one of the busiest ports in California, inciting the police to respond, once more, with violence to break up the event.

What’s even more disturbing than these incidents of violence are those that come to the defense of the police.

The cases that seem to be frequently employed in defense of the police is that those who went out to peacefully protest should have expected this for daring to challenge the established.

This is blatantly blaming the victims for the injuries they suffered and frankly, disrespectful to say that anyone who has ever stood up for a cause is asking to be hurt.

When a United State veteran faces worse injuries on his home soil than he does fighting in enemy territory, then something is very wrong with the way our authority figures operate.

Film festival scopes out the 909
Musical integrity dies with artists