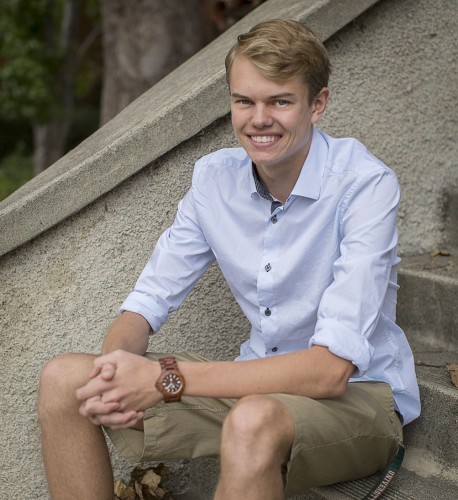 Bryan Hayes, sophomore physics major, knows for certain that he will be competing in cross country at the national level at the end of the season.

As a freshmen Hayes received all-conference honors and finished in the top 20 at the 2012 Southern California Inter­collegiate Athletic Conference Championships.

After two top 10 finishes this season, including a top five at the SCIAC championships, he has plenty of reasons to be confident.

Hayes began his running career in his freshman year at Big Bear High School at the town of Big Bear Lake. He was encouraged by his friends to try out for the track to be more active.

“When I first got out there I was really, really slow,” Hayes said.

Undaunted by his initially stagnant start, Hayes continued to train. He continued to run cross country for all four years of high school and eventually led to his involvement in the cross country team for the University of La Verne.

Cross country is a unique running sport for holding such a hybrid of goals. It is at once a team sport, in that every school is competing for the best collective time, while at the same time being an individual sport, since you can only focus on your own time once the starter pistol fires and the race begins.

“I’m always thinking about the people around me. This past race I really wanted to beat Jonathan Fowler from Pomona-Pitzer,” Hayes said, recalling the SCIAC championship race from Nov. 3.

“Last year me and him were kind of going back and forth and this year he was kind of ahead of me. I really wanted to edge him out this past race and I finally did,” he said.

Hayes placed fifth in the race with a time of just over 26 minutes and was the first Leopard runner to cross the finish line on the day.

Hayes’s work ethic does not stop at the track. He constantly studies for his major in physics and minor in math. He hopes earn his degree and apply to grad school.

“I’ve always liked physics,” Hayes said. “My grandpa is actually an engineer for Kodak so it’s kind of in my blood.”

Hayes’s early success in his sport has been recognized as atypically strong by his coaches and fellow runners.

“He’s already competed at the national level as a freshman, so Bryan is a pretty experienced racer already,” head coach Bryan George said. “Now, being a sophomore, I think he better understands what it takes to be successful on a national level at this sport.”

Despite constantly competing against himself for his next best time, Hayes never loses the team aspect of the sport.

“It’s seriously one of the closest families I could ever ask for,” senior psychology major and cross-country runner Cristobal Gutierrez said. “Bryan and me and the rest of team, we go out and support each other every step of the way to reach our maximum potential.”

That support combined with his own skill and potential have clearly set up Hayes for great things in the sport of cross country.