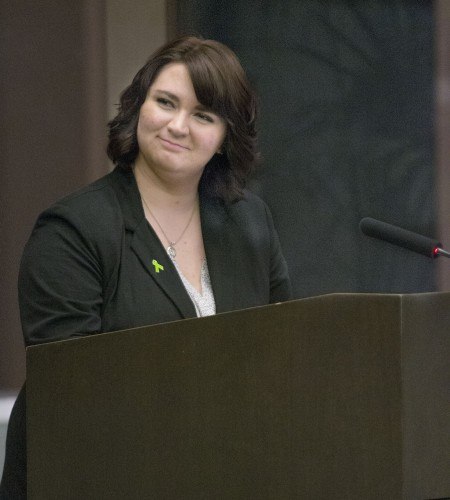 The perceptions of mental illnesses from the media and society were discussed at “Every Mind Matters: Changing Media Treatment of Mental Illness” April 24.

The panel was organized by senior journalism and speech communication major Lauren Creiman as her senior project after she attended a workshop on mental illnesses at a journalism conference last August.

Lyons is the Claremont mayor and council representative of Tri-City Mental Health Governing Board. He said mental illnesses portrayed in the media is important because they affect public opinions, which eventually drives the implementation of public policies. However, he felt the media is not completely to blame since public opinion is responsible too.

Navarro, the director of client services at Tri-City, stressed the importance of discussing mental illnesses with respect and that people can seek out mental health services without feeling ashamed or scared.

Panelists said the language used by the media has deep impact. For example, Singer, a psychotherapist and producer for CBS News KNX 1070 Newsradio, suggested using “complete suicide” in hopes of removing the negative implications involved with the term “commit,” which is commonly used to describe the acts of crimes, arson and murders.

“Language choice does matter,” Singer said. “We send out messages through language. I’m not against people who use diagnostic terms, but (they) should have an idea of what they’re talking about.”

Navarro also said language can offend races, genders and religion, even when used in a situation to empower a group. One example is President Barack Obama embracing “Obamacare,” a term previously used by mostly Republicans opposing the Affordable Care Act, Navarro said.

“These stories do make a difference and they do make consequences,” Lyons said. “We should have more journalists who are taught the consequences their jobs have.”

Often times, the media attributes mental illness to the suspect of a mass shooting as quick as one day after the incident. There is always a need to frequently update in 24-hour news cycles, Singer said.

Bonadie, executive director of Pomona Valley chapter of the National Alliance on Mental Illness, cited the headline “Schizophrenic. Killer. My Cousin.” from Mother Jones as a famous example.

“It’s a race to report something sensational,” Bonadie said.

However, most victims who suffer from mental illnesses do not kill others nor themselves, she said.

“The entire community has a response, and as we change our demand, we will transform mental illness,” Bonadie said.

Singer said instead of focusing on crimes, people should suggest story ideas focusing on people who have a normal life and a stable job while living with mental illnesses.

Nevertheless, being comfortable talking mental illnesses, even if it is not often in a positive standpoint, is good because at least people are openly talking about it.

“In the last 25 years, there has been factual information on mental illnesses, an organic disease, and this aspect of the illness is ill appreciated,” Lyons said. “This ignorance about it has perhaps created the negative impact the news has (on it).”

“Mental illness is illness. It’s not any different…It’s not just people shooting schools or people talking to themselves on the streets,” Singer said. “Half of Americans will have mental illnesses at some point.”

People do not develop mental illnesses overnight nor do they start talking to themselves one day, Bonadie said. It is because they do not get help and keep it to themselves over a long period of time.

“We can treat them like how we treat physical illnesses,” Bonadie said. “We can give them chicken soup and say, ‘You can talk to me if you need.’”

McMahon, adjunct professor of psychology, works with criminals with extreme cases of mental illnesses. He said he is aware that those are the extreme minority and he believes the crimes may not have occurred if stigma from the society did not stop the people from getting treatment.

“It’s something to be talked about, not ignored,” McMahon said.

However, many people do not get treatment because of the stigma from the society.

“They have struggled repeatedly on their own to be normal,” Lyons said. “There is that struggle… of the (negative) sense if they are identified or self identified as having problems.”

“I thought it was very well spoken and the fact that we talked about language stereotype in the media,” said Eric Armijo, Bonita High School senior. “I learned the way we talk about mental health patients and how we can’t make them feel welcome in the society.”

“Since I don’t know a lot about journalism, I focused more on the community,” Kacey Hall, University of La Verne alumna, said. “Breaking it down, we can contribute knowledge (to the media). I liked that the panelists pointed out the media is focusing more on the headline than the consequences, and it’s nice that people are aware of it.