The men’s and women’s track teams had a good showing at the Pomona-Pitzer Invita­tional, hosted by Pomona-Pitzer Saturday at Strehle Track.

The meet had more than 20 schools represented throughout the western region of the United States, including some professionals, unattached athletes and paralympians.

La Verne did not bring any athletes to participate in the field events.

“This is a great meet as far as competition is concerned for our distance runners,” assistant track and field coach Bryan George said. “Most of the SCIAC meets are about placement so they are not set up to make you run very fast. But at these meets it is all division levels of schools and runners.”

For the men, senior runner Jayden Earlywine shined in the 800-meter distance run, winning his heat and placed 28th out with a time of 2:00.38.

“I was fairly happy with my performance,” Earlywine said.

“I was not really expecting to (set a personal record) with doubling up on races on the day, so I was trying to race smart, sticking to the basics and gaining confidence after not having a great start to my season. It was a good step in the right direction,” he said.

This was his season-best and was the third fastest Division III finisher.

For the 4×100-meter relay, the A team of senior Khayree Jones, junior Robert Oshodin, freshman Josh Francis and Gonzalves finished third with a time of 41.95.

The team currently has the fastest time in Division III this year.

“I’m glad to see the progress that we have made this season as a team, and I would only hope that progress continues for myself and for the team,” Jones said.

The B team of sophomore Ben Bashor, junior Nick Aguilar, freshman Trevor Welch and sophomore Art Hinojosa finished fifth in the 4×100 with a time of 43.37.

“The Pomona Invite is always a lot of great competition,” Bashor said. “It gives us a chance to compete against other schools outside of our conference.”

For the women, sophomore Tiahna Gillon finished eighth in the 100-meter with a time of 12.40.

“There is still definitely room for improvement, but that’s the way it is every year,” George said. “The training we give our runners is designed to make them peak during the last month of the season, which is what we are getting into now.”

The team’s next meet is at the Southern California Intercol­legiate Athletic Conference Multi-Dual 3 hosted by Caltech Saturday at Fox Stanton Track. 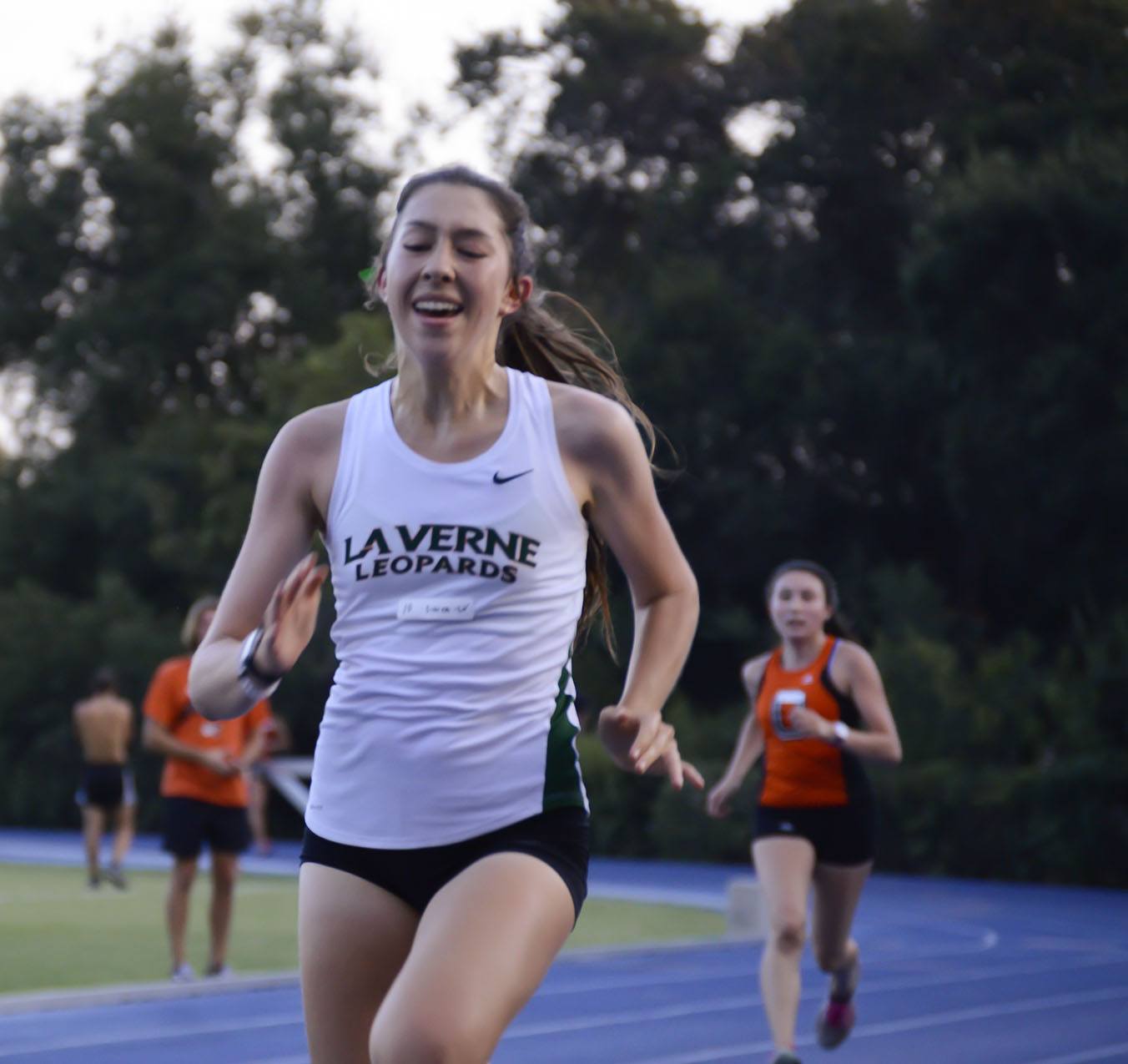 Cross country teams look ahead to ’17