With the elections only a couple of weeks away on Nov. 8, California citizens will have the chance to vote whether or not recreational marijuana should be legalized in the state. 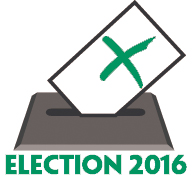 Proposition 64, the Califor­nia Marijuana Legislation Initiative, would establish two taxes in addition to the guidelines aimed at regulating marijuana and hemp, according to ballotpedia.com. Medicinal marijuana is already legal in California.

In an informal survey of 14 students and faculty, nine said they supported the measure, two said they did not support legalizing recreational marijuana, two said they were still unsure and one said she was indifferent.

“I think it’s better to put it in hands of people who are actually going to regulate it than where no one is looking at it at all,” said senior psychology major Jose Rodriguez from Baldwin Park. “I think it’s safer. The money that comes out of it could be put to better use (instead of) incarcerating people for minor offenses who really shouldn’t be in jail in the first place.”

Also known as the Adult Use of Marijuana Act, people 21 years of age and older will be able to legally possess up to 28.5 grams of marijuana and eight grams of concentrated marijuana if the initiative passes, as stated by ballotpedia.com.

“There are always questions when drugs are sold on the street and the black market as to what’s in them,” said professor of political science Richard Gelm. “The idea is that if you legalize it, then the government can regulate it, so if somebody does sell a product that is mislabeled or has something, the government can go after them and prosecute them for that. There would be more visibility of this occurring out in a more open market.”

Two new taxes would be implemented to help regulate the drug: one on cultivation and another on retail price. The tax revenue would be invested in programs including public health programs, research, treatment and restoration of damaged public land as a result of illegal marijuana growth, according to the text of the initiative.

“You have to look at it on both sides,” Professor of Biology Aleli Clark said. “As a scientist, I know there is a need to do more research. I know, economically speaking, it’s going to bring in a lot of revenue for the state.”

However, Clark said there is still a gray area that currently prevents her from completely deciding to vote yes or no.

“We know general effects include impairment. Cognition is going to be affected. It’s not like endogenous cannabinoids that your own body makes where it enhances learning, and it enhances memory,” Clark said. “Exogenous marijuana, THC, has been shown to do the opposite, but because it’s still a cannabinoid, it still also induces a few of the good effects of the endogenous cannabinoids–pain relief, it stimulates hunger.”

The tax revenue would also include giving $3 million to the Department of the California Highway Patrol annually for five years to create protocols to determine whether a driver is impaired because of marijuana consumption, according to the text of the initiative.

“For recreational purposes, I don’t think it should be legalized,” said senior biology major D’Nae Lewis from Los Angeles. “If someone is driving under the influence of marijuana, there’s no way to tell and that can be dangerous for other drivers.”

Additionally, individuals 21 and over would be allowed to grow no more than six plants in a private home if the area is locked and not publicly visible. Smoking marijuana would be illegal where tobacco is prohibited, in public places and while driving, as stated by ballotpedia.com.

“Yeah we can regulate it in terms of the big dispensaries, but what about the average person?” Clark said, referencing the six plants people can grown in their own homes.

“Let’s face it, the government isn’t going to exactly monitor every single one of those six plants in every single household, and people are going to end up doing backend deals. It’s kind of catch-22 because, for you to truly understand it, you’re going to need to do research,” Clark said.

Passing proposition 64 would also mean people serving sentences that would be made legal under the marijuana act would have a chance for their cases to be reconsidered. However, the act will still allow prosecutors to charge serious offenses as felonies, as stated in the text of the initiative.

“I’m going to vote yes,” Gelm said. “I think between law enforcement savings, the cost we have of incarcerating people for things, which are not quite as serious, plus the tax revenue–I think it all makes more sense.”

Should the initiative pass in California, it would still remain illegal under federal law. It is the same for the other states that have already passed recreational marijuana initiatives like in Colorado and Washington. Medicinal marijuana is not exempt from federal law either.

Initiatives for recreational marijuana will be on the ballot of four other states as well: Nevada, Maine, Massachusetts and Arizona.

Water polo splashes into SCIAC with loss to Chapman

New mural is tribute to La Verne’s past

Letters to the Editor

Letter to the Editor

I would like to take this opportunity to encourage all students, staff and faculty to realize the importance of the 2022 midterm elections.
News

The Marijuana Opportunity Reinvestment and Expungement, or MORE, act, which was approved by Congress and awaiting a Senate hearing, would decriminalize marijuana use, manufacturing and distribution and possession at the federal level.
News

Candidates for the La Verne City Council participated in a town hall debate on May 12 at the La Verne Community Center on D Street.
News

Candidates for Los Angeles County Superior Court judge attended a judicial candidate forum sponsored by the NAACP and the Latino and Latina Roundtable of the San Gabriel and Pomona Valley on May 6 in Morgan Auditorium.

All University of La Verne employees who operate carts must alter their routes to stay out of downtown La Verne, under the instruction of the La Verne Police Department.

Walk the Beat brings Pomona together

Put on your dancing shoes and head over to downtown Pomona’s Second Street any fourth Sunday of the month to Walk The Beat as it livens up with free live music events in a variety of venues, within arms reach.

Caitlin Kams, an employee at La Verne Brewing Company, said that she and the other employees joke that their brewery is like the 1980s sitcom “Cheers,” where everybody knows your name.

The Metropolitan Water District of Southern California declared a water shortage emergency on April 27, and issued a one-day-a-week outdoor watering restriction for parts of Los Angeles, Ventura and San Bernardino counties, which is home to about 6 million southern Californians effective June 1.