By Campus Times Editorial Board, Natasha Brennan on October 14, 2016 in Editorials, Opinions 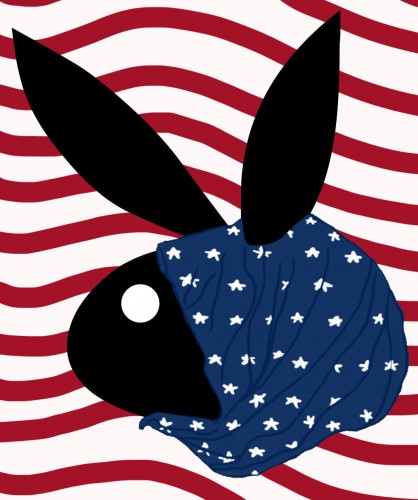 In a time when of heightened discrimination against Muslims in America, Muslim-American journalist Noor Tagouri is the first woman wearing a hijab on the cover of Playboy magazine – a bold, progressive move both by the magazine and Tagouri.

Tagouri, a 22-year-old first generation Libyan-American and journalist for Newsy, wore a Dolce & Gabbana hijab in the October issue of the magazine.

According to the Telegraph article titled “Muslim woman in hijab to appear in Playboy,” Tagouri is a part of Playboy’s “Renegade” series which focuses on people who have “risked it all, even their lives, to do what they love, showing us what can be accomplished if we break the rules.”

Although Playboy’s bold move has received much praise, there has also been backlash.

Some Muslim-Americans questioned Tagouri’s morals for appearing in a famously immodest magazine.

Tagouri should not be criticized for her bold decision.

Despite backlash for the photographs, Tagouri asserted in her Playboy magazine interview that she “believes in rebellion as a form of honesty.

“I know what it’s like to have the narrative of our community be skewed and exploited in the media,” she added.

Although it is different seeing a woman covered head to toe on an issue of Playboy magazine, it is not the first time the publication has done something different for its cover. Earlier this year Playboy removed fully nude photos, challenging its readers’ perception of women in business, music and pornography.

Additionally, this is not the first time a Hijabi woman has been featured on a magazine cover.

Michigan marathon runner Rahaf Khatib was featured in Women’s Running magazine and also challenged Muslim women stereotypes by asserting that women, regardless of how they dress, can be athletes.

Women constantly feel the pressure to prove to the world that they are intelligent and beautiful. Wearing a hijab should not hold Muslim women back from achieving to their fullest potential.