By Campus Times Editorial Board, Natasha Brennan on March 24, 2017 in Editorials, Opinions 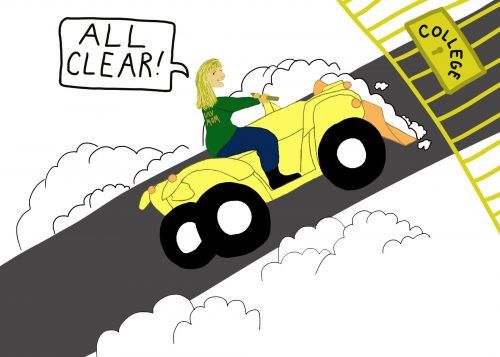 For most students, going to college is officially the time to become an adult and gain independence from parents. They take control over what to do and when to do it, since mom and dad are no longer in charge.

That may be the case for a majority of college students, but for some, parental involvement does not end with high school graduation.

Even in the early stages of adulthood parents often take care of ensuring college admission requirements are met – and more.

The ULV admission office far too often receives calls from parents seem to be taking care of the entire application process for their college-bound kids. And even when students move out of the house, parents continue to be hands-on with student affairs.

And the problem is not just here. According to a recent Boston Globe article “snow plow parents,” call residential life staffers to complain about minor issues, such as disagreeable roommates, noise, gluten-free diets and food allergies. One mother even called to request a better variety in the salad bar, according to the 2013 article, “Snowplow parents overly involved on college students lives.”

In grade school parents considered too involved are known as “helicopter parents” for hovering. “Snowplow parents” are so-caled for trying to smooth a path for their older kids.

According to the Boston Globe, Holly Schiffrin, a psychology professor at the University of Mary Washington in Fredericksburg, Virginia, said parents are hindering their children the opportunity to develop competency, pride and well-being. These are skills that they will need to become fully functioning adults.

Part of the college experience is learning to fend for one self and learning to live independently. It is a part of the journey to find out who you are, and how you will deal with issues presented to them.

Parents who “snowplow” their kids could be doing them a disservice, because when students graduate and step into the real world, they will not know how to fend for themselves. While parents only want what is best for their children, they should also let them grow up.