By Campus Times Editorial Board, Natasha Brennan on April 14, 2017 in Editorials, Opinions 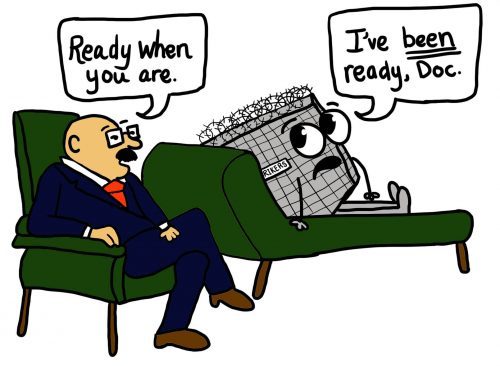 Last week, Rep. Joseph Crowley, D-New York, introduced the Kalief Browder Re-entry Success Act. Named after Kalief Browder, a Bronx teenager who committed suicide after three years in jail, the bill would designate mental health services to former inmates to help with readjustment to life outside incarceration. With the introduction of this bill, former inmates will have a chance to live ordinary, productive lives while normalizing the implementation of mental health services.

Not only would access to such services improve lives of inmates and their families upon release, but it could also lower crime rates and improve the job market with the reintroduction of healthy men and women. For people like Browder, especially nonviolent offenders and the wrongly accused, second chances unfortunately are not easily given, although they should be. Prison and jail time are so detrimental for these men and women who are expected to rejoin society that simpler transitions would improve the process. It would strengthen bonds outside of prison walls and might even reduce the chances of re-incarceration.

According to “Before the Law,” an article written Oct 6, 2014, by Jennifer Gonnerman for The New Yorker, Browder was sent to Rikers Island for three years after being arrested for theft. After his release, he struggled with fear and paranoia from the experiences he faced in one of America’s most infamous jails. Although he went back to school and attended counseling sessions, he ultimately took his own life. In his memory, Crowley’s bill would rehabilitate people after traumatic prison experiences and the Bureau of U.S. Prisons would submit plans for mental health updates across prison and jail systems.

Studies have corroborated Crowley’s initiative, including “Pathways to Suicide Attempts Among Male Offenders: The Role of Agency” an article written for Sociology of Health and Illness by Richard Byng, Amanda Howerton, Christabel Owens and John Campbell. The study analyzed 35 former inmates and found that 18 of them attempted suicide, with nine having attempted more than once. This evidence shows damage of incarceration for men across age groups and lifestyles.

Rehabilitation post incarceration would be beneficial to all parties. Mental health services are more than a privilege; they are a right. Anyone who is expected to return to society as healthy and functional deserves access to some of the most basic needs, especially when returning from institutions like Rikers Island. Adopting this bill would improve mental health services for everyone by showing positive effects for communities, particularly for those close to prisons and jails.