By Campus Times Editorial Board, Natasha Brennan on April 7, 2017 in Editorials, Opinions 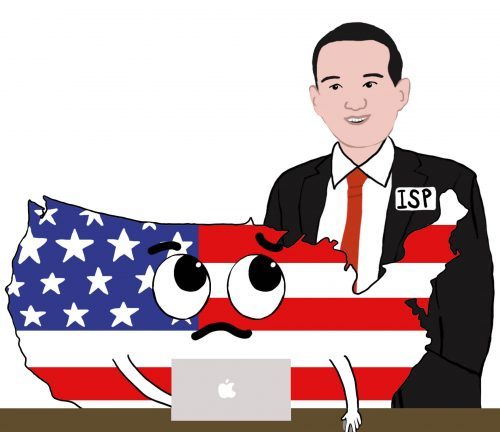 Under the new law, customers have to contact their internet service providers and explicitly revoke permission to have their sensitive information shared, changing what should be an opt-in situation into an opt-out one.

The Federal Communications Commission rules, adopted in October 2016 by the Obama Administration, stated that internet service providers could not share sensitive information – such as social security numbers, browsing history, emails, location and bank-related information – without explicit permission from their customers.

Now, internet service providers would be able to sell customers’ personal information to marketers interested in providing highly targeted advertisements. This strategy is disturbing, and comes without the consent or awareness of internet users.

However, just because websites can reap information from their visitors, this does not mean the regulations over internet service providers should weaken.

If anything, consumers are already paranoid about how much of their private information is being sold to various companies and should be assured protection against further invasion of privacy. The new bill, however, goes exactly in the opposite direction.

Customers would have a much harder time switching internet service providers than they would websites, as many Americans only have a few broadband companies to choose from, according to the Washington Post.

The FCC would be prevented from issuing regulations like those overturned by this bill in the future, according to the Washington Post, and such a measure would weaken the regulatory power of the FCC over the internet.

If the FCC’s regulatory power is weakened, then its ability to protect internet users is hindered, directly compromising customers’ privacy.