By Campus Times Editorial Board, Natasha Brennan on May 5, 2017 in Editorials, Opinions 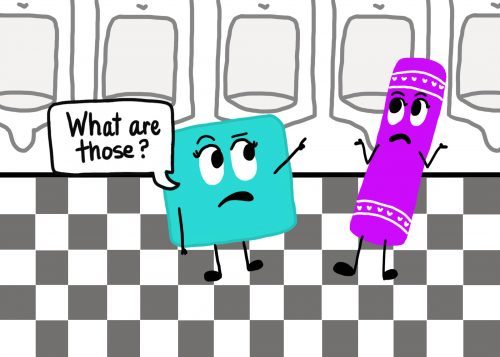 After fights for transgender rights accomplished widespread installation of gender neutral bathrooms in recent years, some universities are providing free menstrual products in men’s restrooms to accommodate students who identify as a gender different than their anatomic sex. This step shows that institutions are willing to support their diverse student bodies.

Following similar measures by the University of Michigan, University of Maryland and Northwestern University, the University of Wisconsin-Madison is the latest institution to make free tampons and menstrual pads widely available in both men’s and women’s bathrooms in The Red Gym building, where the Lesbian, Gay and Transgender Campus Center is located, according to the school’s website.

A.J. Pruitt, vice president of the University of Maryland’s student government association committee, said in a January interview to The Diamondback, the university’s student newspaper, that such products are a necessity for roughly half of their student body.

Maryland is one of the few states that does not apply sales tax to menstrual products.

“The Department of Education requires that universities provide students with toilet paper because they deem it to be a necessity,” Pruitt said. “From that logic, it is not hard to get to the fact that these feminine hygiene products are a necessity to a lot of students, so why are we not applying the same argument in this case?”

At the University of Wisconsin-Madison, the initiative was also brought about by efforts of the students association on campus.

“It’s definitely a deficit and an unnecessary burden for (anyone) to have to go and purchase menstrual products,” student representative Katrina Morrison told the university newspaper The Badger Herald.

While some people already advocate for the decrease or exemption of taxes for menstrual products because they are a necessity for cisgender women, transgender men face a greater challenge balancing their monthly influx, and measures that aim to make that process easier are worth celebrating.

In addition, having such products in men’s bathrooms also makes others familiarized and more educated about periods, helping end stigma and taboo around it. Cisgender women and transgender men have to undergo menstruation, so cisgender men should become accustomed to that reality and not deem it only a woman’s problem.

Above anything else, this initiative prompts conversations and allows for people to be exposed to issues that may or may not directly affect them, but that overall contribute to positive changes in society and in the learning environment that is a university campus.