The women’s soccer team moved into second place after beating the Pomona-Pitzer Sagehens, 1-0, in a nail-biter Saturday night at Ortmayer Stadium.

La Verne dominated possession early in the first half and it looked like a goal was coming.

The Leopards were dangerous on the side with sophomore midfielder Catherina Posada and junior forward Andrea Story threatening the Sagehens’ goal.

Pomona-Pitzer was only a point ahead of La Verne in the Southern California Intercollegiate Athletic Conference standings, in second place, coming into the game.

The Sagehens came out to play in a defensive posture, keeping 10 players behind the ball to counter La Verne’s possession style. Their approach managed to keep the Leopards scoreless in the first half.

In the second half all it took was 10 minutes for sophomore defender Alina Cobian to connect with senior forward Jessica Hernandez and score the Leopards’ only and game winning goal. Hernandez ran onto the ball and tapped it into the corner past the keeper for the lead.

She said that she thought she was offside, because she heard the defenders say “she’s off she’s off,” but did not want to stop because she saw she was one on one versus the goalkeeper.

Hernandez currently leads SCIAC in goals with eight. Head coach Lauryn Pehanich said she is the team’s leader and her finishing has been crucial for the team’s success this season.

“Obviously her goals are really important, at the end of the day we can play beautiful soccer,” Pehanich said. “If we don’t have someone that’s going to step up lead us and finish in the games that really matter none of the pretty soccer really matters.”

The rest of the game was a tight affair with neither team having any clear-cut opportunities. La Verne seemed content to seek out the one goal win, while Pomona-Pitzer tried to mount a comeback, but the Leopards’ defense stood firm and earned their fifth clean sheet of the season.

“Pomona-Pitzer was right ahead of us we were in third and they were in second.” Cobian said. “We knew that we had to beat them all the teams are close in points so we knew that we (the defense) needed to come up big tonight.”

The Leopards are now 9-2-3 overall and 5-2-3 in conference play, which is good for second place. It would qualify the team for postseason play for the first time since 2008.

As a result of the team’s success, junior midfielder Ari Dowell cautioned her team to not get ahead of themselves. She said there is still a lot of soccer to be played, but the dream to make the SCIAC playoffs is starting to become a reality.

“I think playoffs are always on our minds but we take it one day, one practice, and game at a time to eventually get to that overall outcome in being in the top four and going to the playoffs,” she said.
La Verne will next host Cal Lutheran at 7 p.m. Saturday at Ortmayer Stadium.

Salas runs through Regionals, on to Nationals 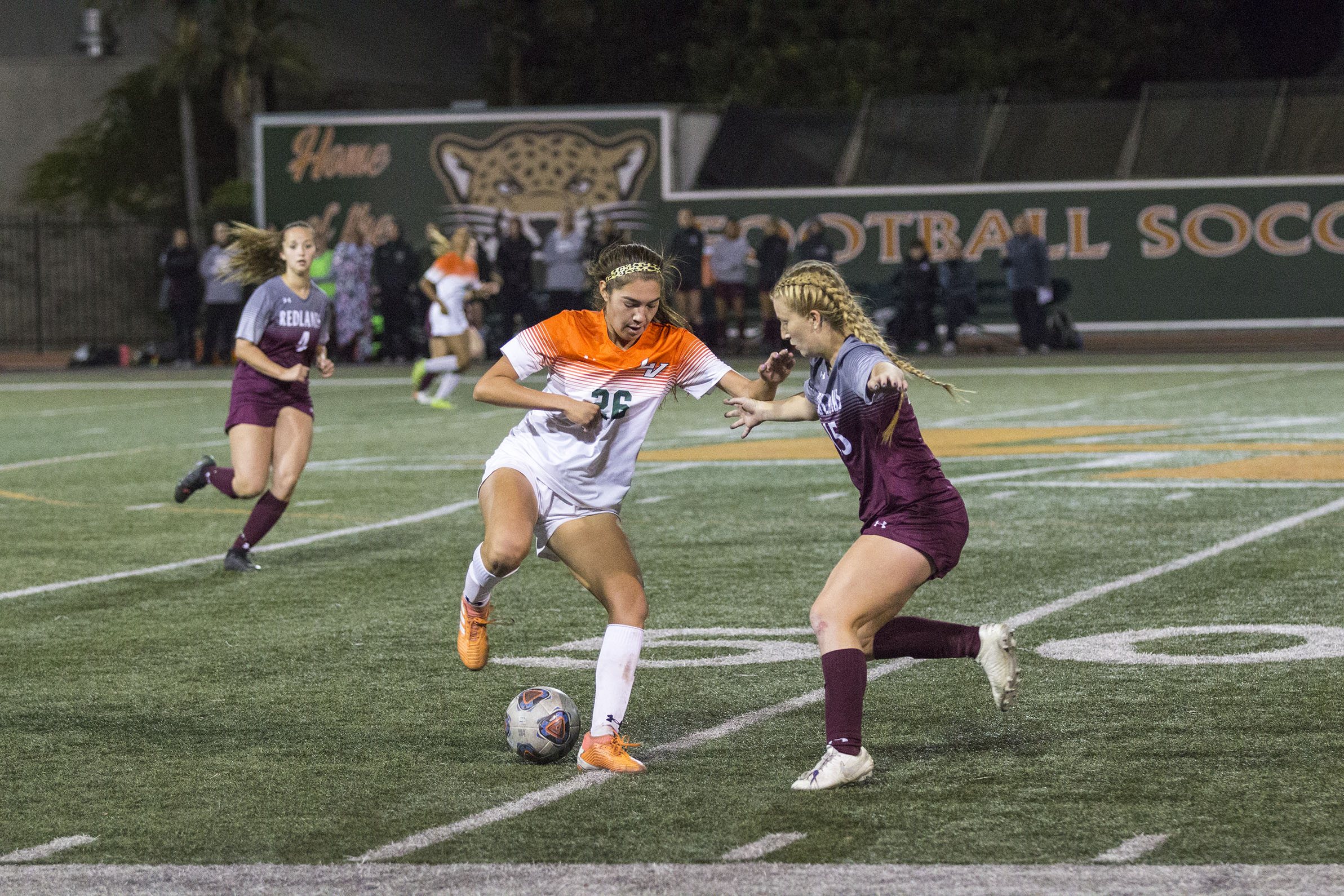