The women’s basketball team lost to No. 24 UC Merced in an exhibition game Sunday at Frantz Athletic Court.

“This is the first time we have played someone besides ourselves,” new head coach Jason Pruitt said. “We needed this game. UC Merced is a top-25 team in the country and they have been to the tournament three straight years.”

The first quarter started off fast-paced with both teams running up the court and shooting early in the shot clock. Neither team was sharp to start, as is expected with it being the first game.

La Verne was able to jump ahead, 7-6 by putting defensive pressure on Merced. The Leopards were able to force multiple turnovers and score in transition.

Late in the first quarter, junior guard Clarissa Perez was fouled on a layup and made the basket to put the Leopards ahead, 19-16.

To close out the quarter, Perez found junior guard Alena Koay in the corner off an out-of-bounds play.

Koay drained a three-pointer to extend the lead and end the first quarter, 26-18.

“Our goal is to get up at least 100 shots up per game,” junior guard Bailey Kurahashi said. “We want to run and play a fast-tempo game.”

La Verne came out with the same energy and effort to start the second quarter. Both teams were trying to get out in transition and get easy baskets.

The Leopards were out-rebounding the Bobcats and maintained their lead, 28-25.

UC Merced was able to keep the game close by hitting shots and eventually took the lead, 35-33, after some turnovers from La Verne.

With three minutes to go before half, the game was tied at 38.

The Bobcats rebounded the ball better on the offensive end and were able to get multiple shots up because of it. The game stayed close, and neither team was pulling away.

The half ended with Merced making a pair of free-throws to take the lead into halftime, 45-43.

To start the third quarter both teams came out and traded baskets early.

But Merced was able to make a run early in the third by going on a 9-1 run.

The Bobcats were making jump shots and getting some transition lay-ups forcing La Verne into a timeout with seven minutes left in the third.

Leading 57-47, the Bobcats took control of the game, but the Leopards did not give up and continued to play hard. La Verne trailed 58-72 to end the third.

In the fourth quarter, it was much of the same. The Leopards were not hitting shots, but continued to play hard.

The Bobcats were able to stay in transition a majority of the quarter and went on to win the game, 92-67.

“We have a lot of heart,” Perez said. “We did a lot of good things out there.”

Under the direction of their new head coach, the Leopards are looking to run on teams as much as possible and push the pace of the game on both ends of the floor.

The team wants to shoot three-point shots and lay-ups while staying away from the mid-range shots as much as possible.

This is a drastic difference from the previous system which called for setting up plays in the half court and not running as often as the team is now.

“Coach Pruitt has brought in a new style of play that is much different than what we were playing last year,” junior guard Nyjeeiah Ganan said. “The system focuses on maintaining a high level of intensity on both offense and defense, it is honestly really fun to play.”

La Verne will continue action as they travel to play at Whitman at 4 p.m. Nov. 17.

La Verne will kick off conference play at 4 p.m. Dec. 4 at Cal Lutheran. 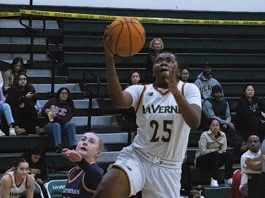 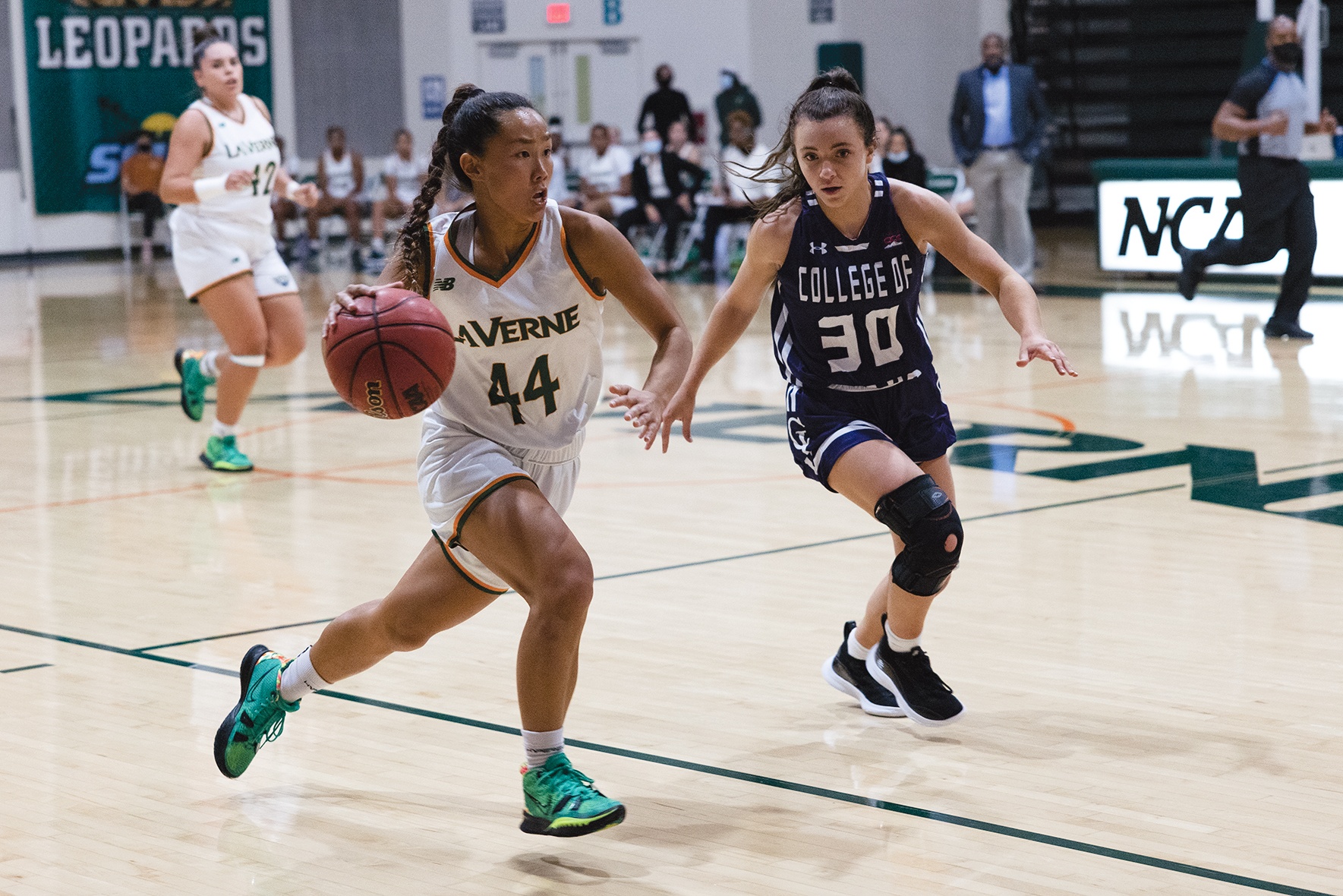