Claremont Craft Ales was hopping with the release of the Pistil Pale Ale beer last week.

The March 22 debut of the new brew was part of an event that also celebrated the collaboration between the Pink Boots Society and the IE Brew Witches, both of which are groups of women who love beer and supporting women in brewing.

“IE Brew Witches has a great following and they’re just in the Inland Empire, so they’re definitely breaking the mold, which I love,” event organizer Kayla Mendenhall said.

Emily Moultrie, Natalie Seffer and Mendenhall belong to the Inland Empire chapter of the Pink Boots Society, an international non-profit organization specifically for women working in the beer brewing industry.

Hops to make a special blend of hops, a green, cone-shaped flower that gives beer its aroma and flavor.

“Because this hop was specifically made for the Pink Boots Society, making something that really showcased the hop was the theme within our chapters,” Moultrie said.

On the night of the release, Claremont Craft Ales was at capacity – with those who came to taste the beer and enjoy the company of other beer lovers.

“I don’t think any of us are pros at beer, but that’s the fun of it. You just get to learn and experience,” Laura Fahey, a member of the IE Brew Witches, said.

Fahey, a physical therapist, owns her own hopiary and hopes to one day brew her own beer.

She said being a Brew Witch gives her the ability to learn about beer and surround herself with women who are like-minded and passionate about what they do.

While working one night, Matulionis met Romero and noticed that Romero, now a cicerone certified beer server, or top-tier beer expert, was taking notes about the beer she was drinking.

Matulionis made a comment of appreciation and then she was struck with an idea.

“I was running around cleaning and my gears were turning and I was like, ‘Why isn’t there a women’s beer club in our area?’,” Matulionis, president of the IE Brew Witches, said.

Matulionis and Romero joined forces with Monroe, who already knew Matulionis, and together they formed the IE Brew Witches.

“It was ‘love at first flight’ as we like to call it,” Romero, secretary of the club and employee at Hangar 24, said.

The IE Brew Witches is a club that is registered in the state of California as a business with a pending non-profit club status. It is the first of its kind in the area.

Only about 4 percent of brew masters are women, according to a 2014 Stanford University study.

“We realized how much of a boys’ club breweries are and we wanted to create a platform for other women,” Monroe, vice president of the club and employee at Strum Brewing Company in Ontario, said.

The IE Brew Witches convene every week at a different local brewery.

Like the Pink Boots Society, the IE Brew Witches contribute to the community by hosting events that raise awareness or fundraise for female causes. The Brew Witches organized an art auction at Strum Brewing to raise money for polycystic ovary syndrome research..

The next big event for the Brew Witches will be held May 27 at Rowdy’s Brew Co. in Rancho Cucamonga.

The event will commemorate Mental Health Awareness Month by contributing money raised from a silent art auction to National Alliance on Mental Illness.

“Even though it hasn’t happened yet, I can already tell that it’s going to be one of my favorite philanthropic events that we do,” Romero said.

All are welcome to join the IE Brew Witches by attending their weekly meetups.

Correction
An earlier version of this story incorrectly implied that IE Brew Witches took part in the creation of Pistil Pale Ale. Additionally, Destiny Romero was incorrectly described as a level one cicerone. She is actually a cicerone certified beer server. And group’s art auction took place at Strum Brewing, not La Verne Brewing Company. The Campus Times regrets the errors. 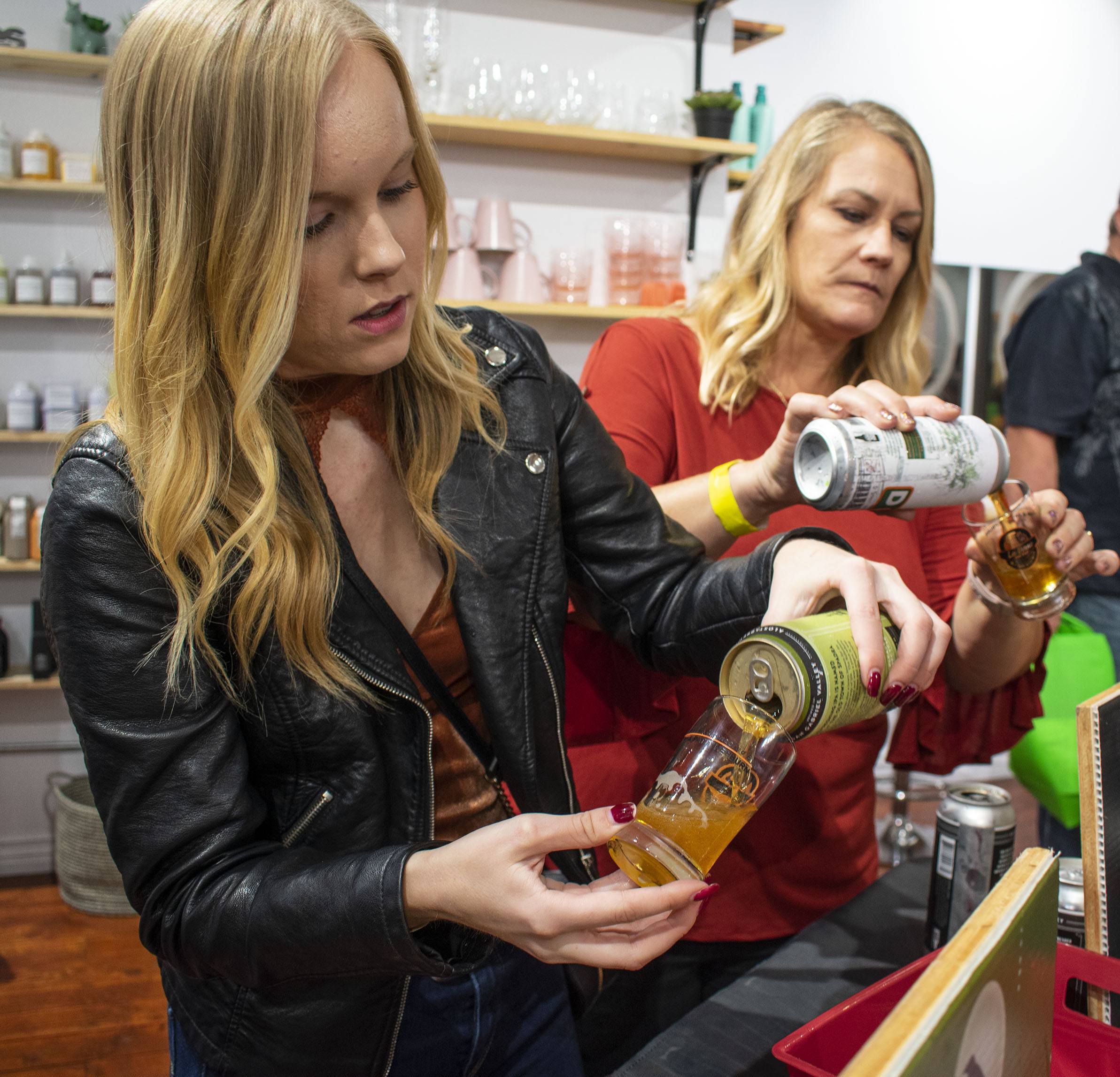