By Campus Times Editorial Board, Sarah Borer on April 20, 2018 in Editorials, Opinions 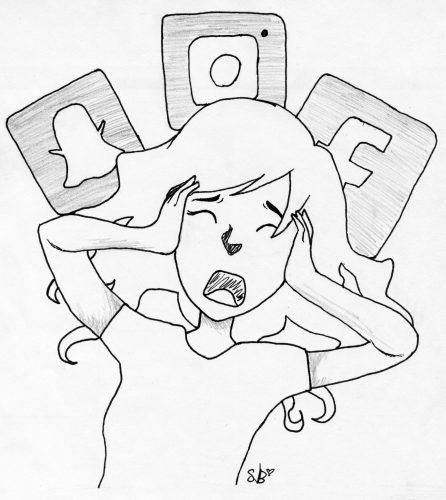 Facebook and its recent data breach concerns are making users rethink the amount of information they share and whether or not they should keep their accounts active.

Many apps, either free or for purchase, ask to be logged in through Facebook, allowing them access to information we’ve shared on a completely different platform.

With these recent concerns about privacy on Facebook, it is bothersome that the social media accounts’ information is needed for other, non-related accounts.

A data-harvesting app called thisisyourdigitallife, developed by an academic researcher at Cambridge University, was said to have been created for Facebook users who were under the impression that the data captured was to be used for academic use. Under this false pretense, users were unknowingly releasing their personal information through the idea that they were simply taking a personality test.

With over 270,000 users taking the test, they also agreed to release information of their fellow Facebook friends. The information taken from their friends’ accounts were only as much as their account settings would allow. Although only 270,000 agreed to use the app, 50 million users’ data was captured.

The TL;DR (too long; didn’t read) generation does not have the time or inclination to read the term and conditions portion of signing up for social media accounts, which companies and developers are certain to take advantage of.

An article from the New York Times, “How to Protect Yourself (and Your Friends) on Facebook,” gives tips like auditing Facebook apps and installing a tracker blocker to protect your data.

Auditing is discontinuing consent for your apps to access personal information from connections to the social media source. For example, apps like Spotify ask for Facebook login information if the user does not wish to use their email address.

Personal data is at the forefront of concern, but businesses are also seeing potentially damaging problems. Employers are afraid of their brands’ reputations being ruined or scrutinized, and their employees are just as fearful of losing their positions.

A Forbes article, “When Facebook And Politics Don’t Mix: Three Ways To Protect Your Online Reputation,” from 2016, gives three important tips: Be wary of commenting on public pages, avoid controversial topics and look at how you post.

Another tip is to not install the Facebook app on one’s phone. If you do install it, do not give the app access to your contacts, which would allow Facebook to harvest data on your friends and family who may not even have Facebook accounts. The site can also use this data to build a database of one’s personal connections, finding out who knows who and how.

If you “check in” or share location data on Facebook, you allow it to also build a database of your whereabouts.

All information collected by Facebook can be sold or shared to not just advertisers, but anyone including law enforcement and stalkers.

Lastly, remember not to rely on Facebook as your only source of news. Studies have shown that the site feeds more misinformation and propaganda than other social media platforms.