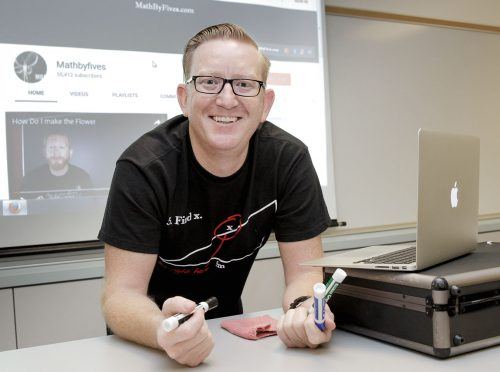 Mathematics instructor Frank Ives’ YouTube channel, MathbyFives, has recently hit 55,000 subscribers with more than 8 million channel views. Ives launched his YouTube channel in 2010 as a way to supplement course materials while teaching at Cal Poly Pomona. He said that he had hoped to launch a math tutorial channel since he was in graduate school, and finally did so when Cal Poly Pomona furloughed him during state education budget cuts in 2010. / photo by Spencer Croce