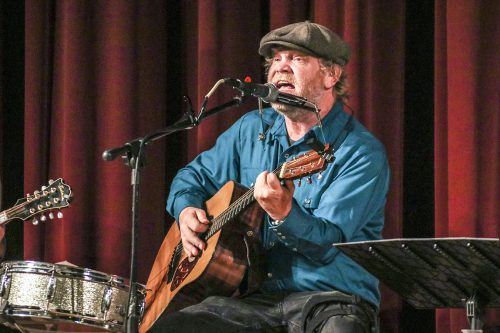 Danny Oberbeck performs during a concert in Morgan Auditorium Sunday with Michael Ryan and Friends. Oberbeck played several of his original songs, including “She’s Just a Moonshiner’s Daughter, But I Love Her Still” and “As Far As Far.” Oberbeck began his musical career in 1981 at age 14 with his punk band Lost Cause. / photo by Katie Pyne