Fred Yaffe, former dean of the College of Arts and Sciences, died this summer, leaving a legacy of support and humor at the University of La Verne. He was 73.

As dean, Dr. Yaffe was involved in many University projects, one of which was streamlining the faculty curriculum development process, said Aghop Der-Karabetian, recently retired professor of psychology, who served as the College’s associate dean with Dr. Yaffe.

“People were able to submit the course and program proposals,” Der-Karabetian said.
“He would push for the approval for these courses in the curriculum.”

Glenn Gamst, professor of psychology, also worked closely with Dr. Yaffe, who was a psychologist by training.

“He helped create the faculty curriculum committee and a personnel committee for all of the college faculty and that was very helpful,” Gamst said.

“He had a very informal style of leadership that was quite effective, and he welcomed faculty input and was always available,” said Der-Karabetian.

“He was a great advocate and supporter of the faculty.”

Sharon Davis, professor of sociology and anthropology, admired Dr. Yaffe’s support for faculty.
“You know how they talk about Princess Diana of England being the people’s princess?” Davis said.

“Well, he was kind of the people’s dean in the sense that his door was always open to us, he would listen to our ideas.”

“I think what I respected the most about him is that he would always attend university events, student events, theater, concerts, faculty lectures,” Reed said.

“He was a genuinely curious person, and loved supporting students and faculty.”

As an experimental perception psychologist, Dr. Yaffe studied how people perceived others, leading to a keen interest in the eye, Reed said.

“He had a fantastic eye collection. He had all sorts of gadgets and gizmos of eyes,” Reed said.

While Dr. Yaffe’s death took many by surprise, he suffered several health issues in his later years that lead him to require dialysis treatment, Gamst said.

“When I think of Fred, the qualities that stand out to me his are genuineness, his openness, his ability to communicate on a personal level,” Gamst said.

“The way he made the faculty feel at ease was most appreciated,” Gamst said.

Dr. Yaffe left a legacy at the University, said Davis.

He caused many of his colleagues to reflect on their profession and what it meant to work at an education institution.

“I think when someone like that passes, it makes you think about the good ways in which they helped the University ,” Reed said.

“But it also makes you reflect on his efforts to improve the culture and to make people feel better about their jobs and helping students, generally just focusing on meaningful things in life.” 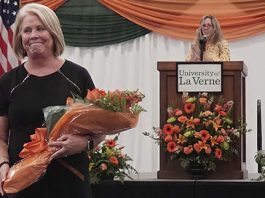 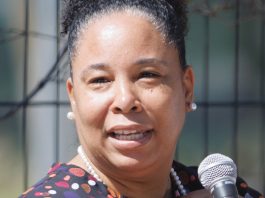