By Christian Shepherd on November 30, 2018 in Columns, News, Opinions 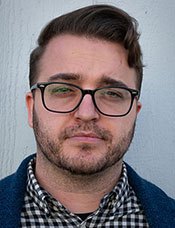 The Pledge of Allegiance is an outdated tradition that instills racism into children, infringes on the First Amendment rights of everyone who does not believe in a Christian God and falsely advertises a liberty and justice for all.

By pressuring children to recite or stand for the Pledge of Allegiance, schools are indoctrinating students with very specific ideals that are much more complicated than they are able to comprehend. Firstly, “I pledge allegiance to the flag of the United States of America” forces children, who likely have no comprehension of the implication of nationalistic values, to take a side in support of the country.

Ignoring the obvious implications of recruiting minors for national loyalty, forcing–or peer pressuring–them to take a side with the United States instills an “us versus them” mentality early on in their development. What is to happen, then, when those students encounter other students who were born under different flags? Or another peer who shows a pride in their home country from which they might have emigrated? With the nationalistic values they have been taught, they are likely going to draw harmful conclusions. Why else, if not to show and promote American superiority over other countries, would they be prompted to pledge allegiance?

The pledge also forces students, from an array of different religions, to show allegiance to “God.” God – with a capital “G” – typically refers to the Christian deity only. Even if the pledge were spelled with the lowercase “god,” it would force non-believers into adopting a form of religion, infringing on atheists’ and agnostics’ First Amendment right to freedom of religion throughout the country.

The phrase “under God” was not even added into the pledge until 1954 by Congress, highlighting the fact that the nation’s leaders cared only about Christian beliefs.

There is not and never has been a “liberty and justice for all” in country. There may have been points in time where there was liberty and justice for a large portion of people who are white heterosexual men, but that has never extended to every resident of the country. Our history is riddled with injustice of minorities, women, LGBT and other social groups.

Stating otherwise does two things: it minimizes the immense struggles and true histories of these groups and shows that we are a country that is fine with pretending those atrocities did not – and are still not – occurring.

It also illustrates our hypocrisy toward minority groups as a country that was founded and built by joint-immigrant efforts.

Even though students are no longer required, legally, to stand or make the pledge, keeping the tradition of making the pledge announcement every weekend in schools and at public events still creates the same problems in our culture. The pledge, while a part of the country’s history, no longer holds with modern standards.

The Pledge of Allegiance should not be a part of our national culture or tradition anymore than other outdated, harmful traditions like a Confederate flag or Jim Crow laws.

Christian Shepherd, a senior journalism major, is news editor for the Campus Times. He can be reached by email at christian.shepherd@laverne.edu.