By Campus Times Editorial Board, Danielle De Luna on April 19, 2019 in Editorials, Opinions 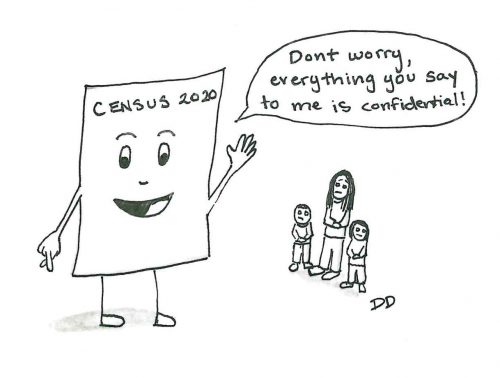 The U.S. Department of Justice is planning to add a question about citizenship to the 2020 Census American Community Survey, a change which, under the Donald Trump administration, may result in an inaccurate count of the country’s population.

The question, which has not been asked on the Census Bureau survey since 1950, is phrased as follows: “Is this person a citizen of the United States?”

The question does not initially appear to be a hindrance to the democratic process. However, coupled with the contentious political and social climate fostered by the Trump administration, many non-citizens may choose not to answer the question out of fear of deportation.

The Justice Department added the question to gain an understanding of the voting population that can only be calculated through the Census Bureau survey.

The survey samples only 2.6% of the population, and the Justice Department has proposed that adding the question to the mandatory Census will help ensure protections for minority voters enforced under the federal Voting Rights Act, according to the Pew Research Center.

Although Census responses are supposed to be kept confidential, privacy protections have been violated by the U.S. government before.

The Japanese American Citizens League issued a statement in opposition to the proposed citizenship question, referencing the Census Bureau’s release of Japanese Americans’ names and addresses to the U.S. Secret Service during the 1940s.

An inaccurate count will be a detriment to the democratic system in the United States. If immigrants shun the census, it could reduce the number of congressional seats and the amount of federal funding in states with large numbers of foreign-born residents, such as California, which has more than any other state, according to the Pew Research Center.

As the Supreme Court considers the citizenship question on the 2020 Census, it is imperative that they analyze its effect in relationship to the political climate the Trump administration has fostered concerning immigration and the safety of immigrants. The humane and democratic decision requires that the question be considered outside of a vacuum of perfect ethics.