By Joey Matsuzawa on April 19, 2019 in Columns, Opinions, Sports 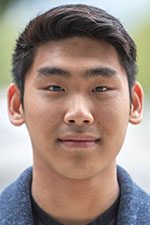 Vince McMahon, the chairman and CEO of World Wrestling Entertainment, shook the sports world when he announced that the XFL football league would make a dramatic return in 2020.

With the recent crumble of the Alliance of American Football, competition for the NFL is in short supply and the XFL has the opportunity to succeed where the AAF could not. While its first outing was a universally recognized failure, the XFL’s return in 2020 could be exactly what the game of football needs.

In 2001, McMahon partnered with NBC to create his league, that would start just weeks after the Super Bowl in February. The XFL was marketed as the more entertaining equivalent to the NFL, or the “No Fun League” as McMahon would coin it, with the XFL emphasizing violence and sex appeal.

The new league set itself apart from the NFL by establishing some rule changes like eliminating the fair-catch during kicks and there would be a “scramble” between a player from each team before the game to decide opening possession. Unfortunately these rule changes led to many injuries. The XFL was very much inspired by the entertainment from wrestling, having the players choose nicknames to wear on their jerseys instead of their last names and every player was to be mic’d up with cameramen present on the field as well as having a camera rig suspended above the field. These decisions were quite innovative at the time, as they lead to the high production that we now see in NFL games.

Unfortunately despite a strong start, the XFL’s ratings soon began to nosedive, continuing to drop all the way till the $1,000,000 Championship at the end of the season.

Many viewers tuned in because of the flashy content, with the XFL debut game drawing 54 million viewers, but many soon realized that the low quality of play was simply not good entertainment. It became painfully evident that the XFL cared much more about the entertainment factor of the sport than the actual quality of football play. NBC soon pulled their involvement with the XFL and with no place to broadcast their games, the league was quick to fizzle out.

This time around, McMahon has promised audiences that the new XFL would be without the cheesy gimmicks from before and with more dedication to the sport of football.

“The new XFL will be fan-centric with all the things you like to see with less of the things you don’t – and no doubt a lot of innovations along the way,” said McMahon in the league’s introductory press conference. “We will present a shorter, faster-paced, family-friendly and easier to understand game.”

McMahon also announced that the league will be composed of eight teams, 40-man rosters comprising the teams and a postseason with two semifinals and a championship game. The XFL will pay its players through a tiered contract system with four tiers, from a single “franchise-tier-one” contract (ranging from $25,000 to $60,000 per game) all the way down to the fourth tier ($5,000 to $6,000) with 18 slots per team.

The new XFL is coming off the heels of the fleeting AAF, a new recent league that had a bright start but soon folded. The AAF began its short-lived inaugural season Feb. 2019 – just six days after the Super Bowl. Signing big-name ex-NFL stars like Johnny Manziel and Trent Richardson, the AAF looked to be in a good spot.

Similar to the XFL, the AAF also implemented new technological innovations like RFID chips the players would wear, as well as having everyone on the field mic’d up.

On Feb. 18, it was announced that CEO of the NHL’s Carolina Hurricanes, Tom Dundon, invested $250,000 into the new league and in the process became the chairman. The management of the AAF very much wanted the AAF to become partners with the NFL eventually, serving as a minor league to the NFL, where players could be sent back and forth in between seasons.

Unfortunately the NFL’s Players’ Association was ardently against this idea, as because the AAF plays during the NFL’s offseason, players would not have time to rest in between seasons if they were moved back and forth.

On April 2, Dundon made the decision to cease all league operations. Players found out about the fold through the internet and social media before coaches could confirm the news and were evicted from the hotels that they were being housed at, having to pay their own way home as well as any other medical expenses as they were not given severance either.

It is worth noting as well that there is speculation that the AAF simply existed as a proof-of-concept test for the gambling software that was implemented into the league’s app. With the concept proved and the league running out of money, folding would have been the easiest option for Dundon.

The reason why the XFL can succeed where the AAF could not is because the XFL’s whole strategy is opposite to that of the AAF and has the financial backing it needs to succeed.

Where the AAF’s founders almost fully relied on Dundon’s financial aid – basically giving this Dundon the keys to the castle, the XFL is soundly backed by its chairman AND founder Vince McMahon – a person who truly wants his league to succeed.

The AAF had the long term goal of partnering with the NFL which is something that severely crippled the league. As soon as the NFLPA voiced issues ardent stance against the AAF, everything crumbled.

The XFL is firmly their own league, with no reliance on any other entity other than itself. Not only is it wholly self-reliant, the XFL can also give college players a viable alternative to the NCAA, an organization that is plagued with problems when it comes to athlete compensation.

For college athletes that have the skill to go pro, but are too young for the draft, the XFL could provide the perfect situation, a place to further hone their skills at a professional level and develop a personal brand.

While its first outing was far from a success, the new XFL can provide a great alternative to the NFL and NCAA.

Joey Matsuzawa, a junior communications major, is sports editor for the Campus Times. He can be reached by email at joe.matsuzawa@laverne.edu.