Students from Pomona College performed a series of songs to highlight the Afro-Cuban culture on Monday.

The performance took place in Lyman Hall where family, friends and the general public gathered.

Throughout the night, the music ranged from smooth rhythmic sounds to upbeat melodies.

Each song was accompanied by dancers, Kati Hernandez and Pedro “Muñeco” Aguilar.

Each song was danced either by themselves or together and Hernandez had multiple outfit changes throughout the night to showcase traditional Afro-Cuban garments that were worn during each performance.

The audience members were enthusiastic during the performances as they cheered and danced in their seats.

Many supporters made sure to take pictures and videos throughout the show.

The students switched between different drums, congas and other instruments and as each song transitioned.

Some students were playing the instruments while the others sang background for instrumentalist and singer, Jesus Lorenzo “Cusito” Peñalver.

“Tonight’s program focuses on the rhythms and songs of the Afro-Cuban sacred tradition known as Regla de Ocha and on Cuba’s popular rumba style,” said Joe Addington, director of the Afro-Cuban drumming ensemble.

Mastering the different drums take longer than a semester to learn Addington said, but he felt proud of his students because they had learned the instruments well enough to perform the entire night.

“It took us a long time to learn all of these songs and instruments,” said Graham Derzon, freshman biology major. “It was about 12 weeks with three-hour practices.”

The students said that the singers and dancers were people that Addington met while in Cuba.

“The performers were guests of our professor,” said Derzon. “Cusito is actually the son of one of [Addington’s] mentors.”

For most of the students, they had never played these instruments before taking this class.

This was also the first time the class performed as a whole.

This performance was a way for the students to learn a bit about the culture while simultaneously learning how to play the instruments.

“We learned a lot about Santeria and bits and pieces of the culture with each of the songs we were playing,” said Nate Brody, sophomore engineering major.

The music incorporated both the African and Cuban sounds, and combined them to create a performance that showcased both cultures equally. 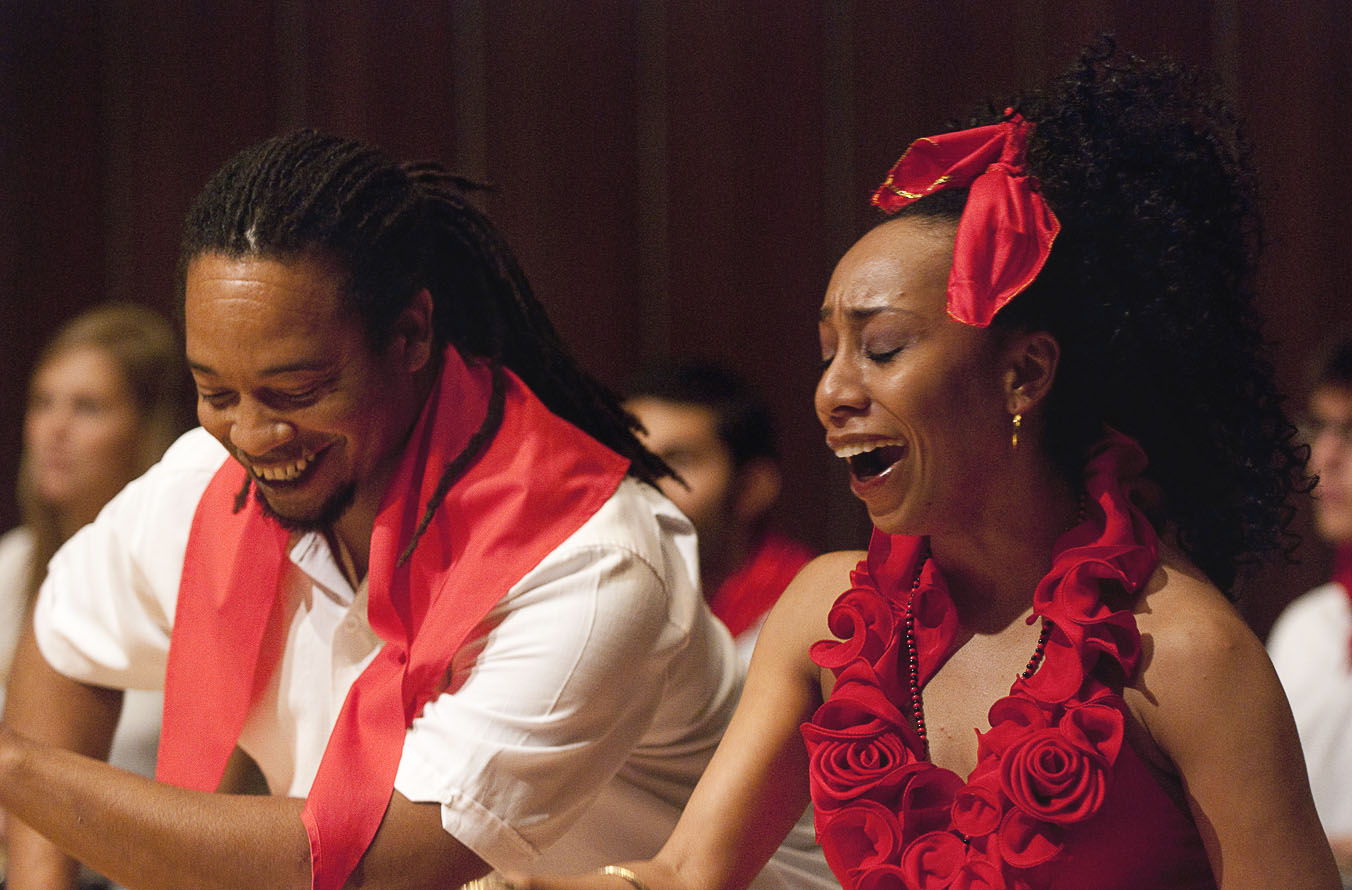 Performers get lost in the rhythm