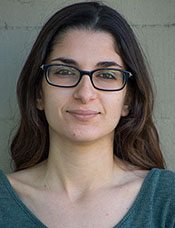 Halima Aden, a Somali-American, made history as the first model to grace the Sports Illustrated swimsuit issue cover in a hijab and burkini – a first for the magazine that was founded 65 years ago.

For a Muslim woman to be celebrated on the front cover of Sports Illustrated, representing her identity that has a tendency to be scrutinized, is a pivotal milestone for the entire Muslim community.

“Growing up in the States, I never really felt represented because I never could flip through a magazine and see a girl who was wearing a hijab,” Aden said in an interview with Sports Illustrated.

In the interview, Aden described her experience moving to America when she was 7 years old and the culture shock she felt living in St. Louis, Missouri.

“We both know that women are so often perceived to be one way or one thing based on how they look or what they wear,” she said. “Whether you feel your most beautiful and confident in a burkini or a bikini, you are worthy.”

Aden’s appearance on the Sports Illustrated cover shows that beauty is not defined in one manner – beauty is best represented by the woman who chooses to express her true identity, not pressured to abandon her cultural attire to fit societal normality.

Aden gained media attention when she wore a hijab and burkini during the swimsuit competition of the Miss Minnesota USA pageant in 2016.

This was a first for many people to see and Aden described this experience as a culture shock.

Pageantry is an American custom, not found in Somalia, but Aden said she is never afraid to be the first person to accomplish a new feat.

Although this may seem like a superficial accomplishment to most, it is a huge step in the right direction for our society to begin viewing those who dress traditionally as a form of beauty.

A hijab and burkini are still not viewed as normal attire, and even have a history of being banned in countries like France and Belgium.

France, which has an estimated population of 5 million Muslims, banned the body-covering burkini swimwear favored by Muslim women in 2016.

French officials said the ban was a way to control traditions that clash with the French culture and root out extremism, according to an article from the Associated Press in 2016.

This ban contradicted the country’s supposed secular identity, that does not discriminate or endorse a specific religion.

It is not out of the norms for countries to place restrictions on traditional garments, citing reasons of extremism and threats to the community.

The issue featuring Aden debuted on newsstands last Wednesday and it is a monumental accomplishment that our society is finally starting to celebrate people of different cultures respectively.

Aden is an unapologetic and brave role model for all women and is proving that in order to gain acceptance from others, changing your identity is not a requirement.

Layla Abbas, a senior journalism major, is editorial director for the Campus Times. She can be reached by email at layla.abbas@laverne.edu or on Twitter @AbbasLayla.