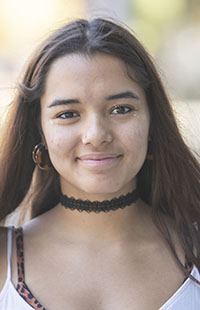 For one week in September, where all the designers, seamstresses, makeup artists and models gather together to showcase their hard work, New York calls this fashion week.

Fashion week predicts what will be in the upcoming fashion season and this year the audience can look forward to diversity and inclusivity.

These models are admired by those that watch and see their pictures, now everyone can find a model that looks like them on that stage. They see the positive reactions that the different models receive, thus feeling more included and comfortable in their own skin.

According to thefashionspot.com, New York took great strides when it came to their casting.

One category that dominated was that of older age, which proved everyone, regardless of age, can still be beautiful and sexy despite the social construct that they are no longer in their prime to be desired.

Many women worry about wrinkles, grey hair and loose skin, allowing for so many businesses to capitalize off of these worries, but this fashion season showed that women who are older can still be fashion icons.

The Fall 2019 season had 36 models who were 50 years old and over, which was an increase from 27 models older in age in the Spring 2019 season, according to thefashionspot.com.

The first plus sized transgender model walked in New York this year and, although this is groundbreaking, this season experienced a decline in non-binary, transgender and plus-sized models walking down the runway around the world. New York was the most inclusive, according to thefashionspot.com.

New York seems to be ahead of the other fashion capitals of the world, including London, Milan and Paris.

The state leads with the number amount of people that are plus-sized, nonwhite, non-binary, transgender and over the age of 50 in their shows.

There was a 2.7% increase in cultural diversity from New York’s Spring season to its most recent fall season, according to thefashionspot.com.

This jump is small yet significant because it appears that now designers are not simply trying to make the show diverse, but it is now naturally happening.

Tommy Hilfiger x Zendaya’s show was the most diverse disco ever to be had, as the show was predominantly people of color showcasing the most groovy clothes.

Fashion week may be about the glitz and glam, but it is more than that. It is also a statement and replica of where fashion is at in America.

This event is not only important to the fashion industry, but it sends a message to everyone that the size of your waist, how you define your sexuality or gender, the color of your skin or your age does not matter.

New York’s Fall Fashion week included the real-life people, and that is comforting.

Erica Rae Sanchez, a junior journalism major, is social media editor for the Campus Times. She can be reached by email at erica.sanchez2@laverne.edu.