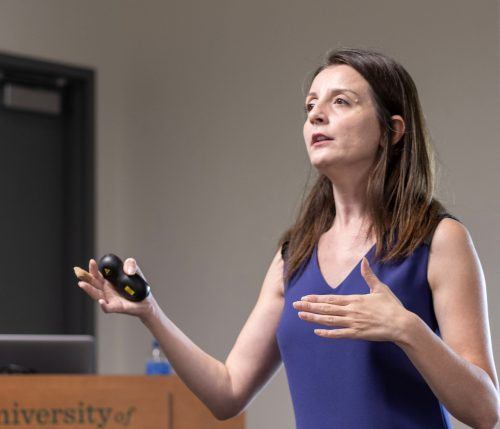 Keskin conducted surveys among University of La Verne psychology students to gather and categorize data to determine what factors make the psychotherapeutic process ‘helpful’ or ‘unhelpful’ for clients.

Keskin said the study revealed an overwhelming preference for a therapist who is warm, empathetic, understanding and engaging.

Keskin said this is correlated to a general dislike for psychotherapeutic methods in which the therapist primarily analyzes and imparts knowledge to their client as an authority on mental health.

The study also revealed that men and those who lean politically conservative, struggle with treatment stigma hindering the psychotherapeutic process.

This data aligns with previous research from the project’s literature review which found that men are more likely to suffer from treatment stigma than women, Keskim said.

Respondents were primarily female and Latinx, but included a range of students between the ages of 21 and 30, both those who had and had not sought treatment previously and their answers were analyzed qualitatively, Keskin said.

The quantitative results are still being processed and will be added to the study.