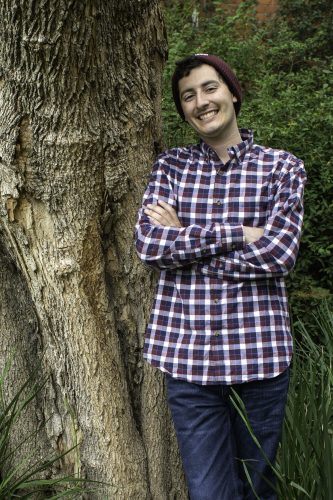 Andrew Tompkins, former ULV diver, died of cancer on Sept. 22. A celebration of life will be held in his honor at 7:30 p.m. Oct. 3 in the Athletics Pavilion. / file photo by Veronica Norcia

Andrew Tompkins, a former University of La Verne diver and business administration major, died of cancer on Sept. 22. He was 21.

Mr. Tompkins was diagnosed with a type of bone cancer called osteosarcoma in 2017. He took a year off for treatment and returned to the University in spring 2019. The cancer returned in April 2019.

Diana Tompkins, Andrew’s mother, said she is grateful for the support the University has gave her son in the last two years.

“We could not be more grateful that he had this experience in his life because it meant the world to him and to us,” Diana Tompkins said. “Now we know why he loved it here so much.”

Timothy Polman, alumnus of the University and former swimmer, met Tompkins in 2016.

“Everyone on our team wanted Andrew to join our diving team,” Polman said. “So I went up to him one day and told him to check out the program, and that is how our friendship started. We started to talk more and our friendship immediately turned into more of a brotherhood.”

Mr. Tompkins went on to qualify for the NCAA Division III Regionals his first semester on the team, and holds a La Verne 1-meter diving record.

Polman, who now lives in North Carolina and serves in the U.S. Coast Guard, made a few trips to California solely to visit Tompkins during both his first and second cancer diagnoses.

“We had a talk together about when it is time to let go it is OK, and no one is going to hold that against you,” Polman said. “He was selfless. Even on his deathbed, he still cared more about other people than he did about himself.”

Polman received a tattoo earlier this year in honor of Mr. Tompkins’ journey that says “#AndrewWins.” with a picture of Stitch, from “Lilo and Stitch.” “He was not just a best friend, he was a brother,” Polman said.

“Andrew focused his energies and became our varsity record holder and NCAA Regional diver,” Skehan said. “As awesome as that was, his future as our team warrior was his greatest gift.”

“Andrew was one of those students who came in the classroom with enthusiasm and was always ready to learn.” Baird said. “He asked good questions and was a great team partner.”

Baird said one admirable factor of Mr. Tompkins’ was his ability to continue fighting until the end while remaining positive.

“Watching how open and transparent he was on Instagram and suddenly seeing his parents take over was really hard,” Baird said. “He never gave up.”

Skehan said Mr. Tompkins battle with osteosarcoma made him the most vulnerable, but he came out strong and confident, leaving powerful impacts on everyone he met.

“He found his creative voice and had the confidence to use it loudly for so many others,” Skehan said.

“Andrew helped us be fearless in the face of unspeakable fear and to be extraordinarily grateful even when dealing with our worst losses.”

A celebration of life for Mr. Tompkins will be held at 7:30 p.m. Oct. 3 in the Athletics Pavilion.

“He has connected and engaged our entire Leo family and he will be missed,” Skehan said.