By Campus Times Editorial Board, Danielle De Luna on October 18, 2019 in Editorials, Opinions 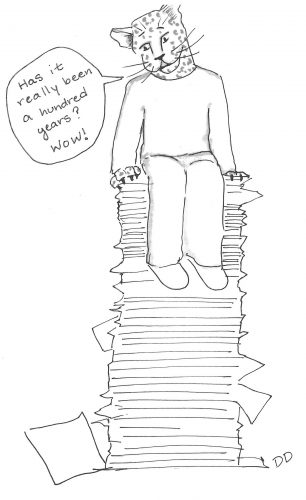 As we at the Campus Times celebrate the paper’s 100th anniversary this week, it is important to remember and acknowledge the importance of a free and independent press on a college campus.

Professional journalism remains one of the only occupations protected under the United States Constitution due to the responsibility it holds in ensuring that everyone else, especially government officials, conduct business adequately without corruption. It is a vital part of this nation’s democratic system of checks and balances.

When it comes to a college newspaper, the necessity and high standards remain the same. With no newspaper on campus, who would hold the institution accountable to its own values?

The power behind such an institution can be considered synonymous with the powers that lie behind governmental agencies, both of which need an outside presence, the press, to keep these institutional powerhouses in check so as to minimize the potential of harm.

Without the press, the University of La Verne, like any university, would have no system of accountability in place, resulting in students, staff and faculty members being kept in the dark of incidents like the hate crimes and protests that happened on campus during last semester.

Not only would the campus community have been left in the dark, swimming through speculation after speculation just trying to find one formal explanation based on fact rather than rumor, but they also would have been less able to advocate any form of change, response or action on behalf of the University.

In celebrating the 100 years of Campus Times, we should also celebrate the fact that the newspaper has been able to exist and be protected for so long as well.

Although it is important for the media to hold institutions and corporations accountable, it is also important for young, impressionable students to know that they have a voice that is protected, valued and encouraged.

Though there have been several attempts at prior restraint across the nation through both college publications and larger scale publications, the Constitution remains the dictating document that protects the rights of journalists regardless.

Three of the ideals that the Campus Times started with – accuracy, fairness and responsibility – are still heavily ingrained in the foundation of the publication. Because of these ideals, the Campus Times has been an award-winning publication year after year, honored by organizations like the Society of Professional Journalists, the Columbia Scholastic Press Association and the Associated Collegiate Press.

The Campus Times would not have earned such high distinction if it were not for the countless hours of reporting and editing done by the staff that have graced the paper throughout the years.

Throughout the past 100 years, the Campus Times has strived toward an ethical, unbiased way of providing the community with the most pressing of current events through the highest process of truth-seeking.

We thank you for the continued support of unbiased truth-seeking, accountability and ethical reasoning at the University of La Verne.

University is a top performer in social mobility
The Campus Times: Where it all began