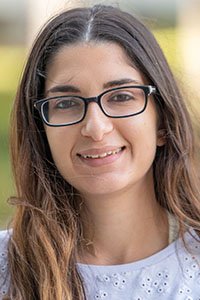 The Campus Times reached a milestone this week – 100 years of serving as a watchdog for not only the University of La Verne but also our local community. Through obstacles, brief hiatuses and award-winning highlights, the paper has established a legacy. And it is a staple of the community.

When I walked through the hallway to find the hidden newsroom on my first day of class, each of the portraits of past editors-in-chief that decorate the walls caught my eye. I timidly stepped into the newsroom for the first time in fall 2017, unsure what to expect but knew I wanted my portrait on the wall.

The newsroom soon became more than just my home on campus, it became a learning lab and a place of self-discovery for the next two years.

Giovanna Z. Rinaldo, editor-in-chief my first semester, impacted me. I admired her writing and leadership skills, and I wanted to emulate her leadership one day.

Five semesters of hard work and many late production nights later with the Campus Times, I am now in her spot leading the publication in year 100.

I am the 131st editor-in-chief, following Jocelyn Arceo. She was with me since our first day in the newsroom together and is now this semester’s arts editor.

Sifting through past publications, and glancing at the editors on the wall – who all have gone on to impressive careers – history is embedded in each editor who shaped the Campus Times and brought us hundreds of regional and national awards along the way.

Those who have been part of the newspaper over the last 100 years exhibit what it means to be a passionate journalist, and encouraged the importance of a free independent press on our campus.

I spent this month speaking to past editors-in-chiefs and learning the impact the newsroom had on their own careers.

Let’s start with Steve Simmons, the first editor-in-chief when the communications department was established by Esther Davis in 1975. Prior to the establishment of the current journalism program, the Campus Times was offered as an extracurricular activity beginning in 1919.

Simmons credits Davis for always instilling the idea that no matter what you do in life, always be professional.

Simmons has spent the last 13 years writing for the Beverly Hills Courier and, prior to that, for the Riverside Press Enterprise.

“My advice for any journalist is to try to learn as much as you can about as many different things as possible,” Simmons said. “Have a broad breadth of knowledge so you can write about anything.”

Simmons also met his wife of 38 years in the Campus Times newsroom. Ellen Simmons served as editor-in-chief in 1977-1978.

“I was a transfer student and it was the second semester of my freshman year,” Ellen Simmons said. “They took me around to where the paper was housed in the Tents and that was the first time I met Steve. Rosemary Weiner, who was adviser at the time, made a big point in introducing me to him. The first thing Steve said to me was, ‘Can you write in inverted pyramid style?’ and I was greatly offended.”

Ellen Simmons has worked for the Walt Disney Company as a comedy team leader, and she oversees publicity efforts for ABC’s comedies, a job she said would not have been possible if she did not take the KABC internship she found while at La Verne.

The Campus Times has provided me, along with other students searching for a career in the media industry, a real-life experience and preparation for success after college.

“It is a special piece and part of the institution, whether people liked it or not,” Bishop said. “It serves a role in making a university a full university by having a strong checks and balances system.”

Bishop said he still holds vivid memories of finishing production at 3 a.m. and having to drive to the print shop in Glendale to “put the paper to bed.”

Bishop said the newsroom experience was stressful at times as the TRS80 computers would often erase the stories on critical Thursday production days.

“The newsroom was everything,” Bishop said. “Not just the work we did but the relationships and ability to collaborate as a team was beneficial. From every story to every production, it helped solidify relationships in many ways.”

Bishop encouraged me to understand the responsibility I have as editor in chief to represent the student voice.

“Enjoy the ride and use your voice for worthy things,” Bishop said. “Use the voice you have to remember the purpose of the Fourth Estate and checks and balances and representing those who do not have a voice.”

Andrea Bernstein, communications manager for COCO Bundle, who also contributes to public relations and communications for political campaigns, was editor-in-chief in fall 1997.

She has also worked as a reporter and editor for public radio: Marketplace and KPCC for 15 years.

“I loved being a journalist,” Bernstein said. “Campus Times gave me a solid foundation on how to cover a beat, how to write on deadline and work in a newsroom with other people. It made it so my first couple newspaper jobs were not intimidating.”

Bernstein encouraged me to use this time to develop my best clips.

“Our alumni have shown that we can work alongside graduates from the top journalism schools in the country,” she said. “It comes down to how scrappy and hard-working you are, and the training you get with the newspaper is going to teach you how to be relentless as a reporter.”

Todd Ruiz, who is currently a journalist in Thailand, served as Campus Times editor-in-chief in spring 2004.

Ruiz founded the English-language division for one of Thailand’s largest media corps and now oversees newsrooms in Bangkok, Singapore and Yangon for Coconuts Media.

“All of the reporters I have taught, mentored, trained and promoted have at one time or another heard stories about Dr. George Keeler,” Ruiz said in an emailed interview. “Whenever I open my mouth, it is often Dr. Keeler’s, Professor Zwerling’s, or Eric Borer’s words that come out of my mouth.”

“Editing the Campus Times was a great privilege, and I hope that the University appreciates the impact such people have on the world,” Ruiz said. “The world is struggling for ethical leadership, and I can confidently say that the University of La Verne helped put steel in my spine for ‘afflicting the comfortable and comforting the afflicted,’” Ruiz said.

“My experience in the newsroom was always a happy time,” Patron said. “Trying to put the newspaper out, listening to music with friends and the only friends I talk to now from college are those I met in the journalism program. Campus Times became my whole life.”

And regarding this week’s momentous occasion, Patron added: “It marks 100 years of free press, and this is a good time to advocate for free press in the school and let our administration know the importance of student-run newspapers.”

“Campus Times is one of the few newspapers in the area that cover La Verne and Claremont, so it is important to highlight that it covers more than just student life events.”

Patron said for one of her biggest stories, she worked with her close friend, Kristina Bugante, editor in fall 2014 and now a digital producer for NBC6 in Miami.

“We did a story about adjunct professors unionizing,” Patron said. “That was my first story that I did that made me realize how much I loved hard-hitting news and it started my passion for those kinds of stories.”

As we celebrate the Campus Times’ centennial year, we must look to the next 100 years of cultivating and growing the publication, and supporting the idea that a well-informed campus community is a necessity in cultivating a productive and just world. The staff and future editors will continue the legacy of searching for the challenging stories, and heightening our skills in the field so we can leave a lasting impact on the world. I cannot wait to see the many more milestones the Campus Times will reach in the next 100 years.

Here is to the next century of the Campus Times.

Layla Abbas, a senior journalism major, is editor in chief for the Campus Times. She can be reached by email at layla.abbas@laverne.edu or on Twitter @AbbasLayla.