By Joey Matsuzawa on November 1, 2019 in Basketball, Columns, Opinions, Sports 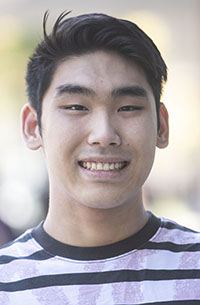 Amid the ongoing protests for democracy in Hong Kong, a single tweet consisting of an image with seven words was all it took to plunge the NBA into complete chaos. And in that chaos, one thing has become clear: The NBA needs to stop trying to pander to both sides.

An extradition bill introduced in April sparked the initial protests, as the bill would risk exposing Hong Kongers to unfair trials and violent treatment in China. The protests soon escalated with the focus turning to a push for full on democracy.

This tweet of solidarity, that is now deleted, set off a firestorm the likes of which the NBA had not experienced. Rockets owner Tilman Ferrita quickly tried to control damage, condemning the tweet and stating that “(the Rockets) are not a political organization.”

Last year saw over 600 million Chinese viewers tune in for live broadcasts of NBA games through Chinese television networks, with the NBA cultivating substantial investments in China for years. In July, Chinese global tech giant Tencent paid $1.5 billion to extend its streaming contract with the NBA.

These Chinese business partners were not pleased by Morey’s tweet to say the least, with Tencent vowing to suspend airing of Rockets games with CCTV soon doing the same.

The Chinese Basketball Association cut ties with the NBA as well, opting to cancel all planned exhibitions with the NBA’s G-League.

In response, the NBA attempted to distance themselves from Morey and his tweet in a statement that made it apparent that the NBA valued protecting its investments more than protecting human rights.

League commissioner Adam Silver then released another statement, this time claiming that the NBA stands with its players and will not regulate what its employees say and that they are not apologizing for Morey’s tweet. But this was too little too late.

In the attempt to win back favor in the eyes of the public, the NBA then lost its investments, with all 11 of the NBA’s official Chinese partners severing ties.

In their indecisive attempts to protect their Chinese investments while also saving face in the United States, the NBA has backed themselves into a position where they are forced to make a decision to stand with progress or against it.

However the NBA is not alone in this endeavor with many other American companies with major investments in China also facing backlash.

Tiffany jewelry company removed an ad on social media that depicted a chinese model covering one eye, a common sign used by Chinese protesters after a protester was shot in the eye.

Nike pulled one of its sneakers from the Chinese market after the co-designer of the shoe voiced their support of the protests.

During a broadcast for the Hearthstone Grandmasters tournament on Oct. 6, player Ng Wai Chung, who goes by the name Bilitzchung, won a match.

This is not really notable, except for the fact that he showed up to the post-game interview wearing goggles and a gas mask (clothing typically worn by protesters), and shouted in Chinese: “Liberate Hong Kong, revolution of our age.”

Blizzard immediately censored the vod of the livestream, banned Blitzchung for one year and had any prize money he received reduced to $0.

The casters for the match were also promptly fired.

Blizzard claimed Blitzchung violated one of their tournament rules, ruling that Blitzchung’s statements offended a significant amount of their stream viewers, which is a bannable offense, and not because of its political nature.

Like the NBA, Blizzard too has significant investments in China. Tencent also owns a substantial share of Blizzard with there also being four Chinese teams in Blizzard’s Overwatch League.

With Blizzard essentially voicing their support of a brutal government regime, many Hearthstone fans began asking for refunds and called for a boycott of Blizzard games, which also includes World of Warcraft and Overwatch.

Blizzard then released a statement saying they allow their players to express their political opinions, later reducing Blitzchung’s ban to six months and returning his earnings, as well as rehiring the casters.

Blizzard claimed that the original ban was because Chung referenced politics, but this absurdly contradicts their original ruling.

Blizzard’s gaf has prompted other video game publishers to voice their stances on the matter. Chief Executive Officer of Epic Games, Tim Sweeney, whose company made the popular game Fortnite, said that despite Tencent owning a whopping 40% share of Epic, his company will never punish a player for their political speech.

Like the NBA, Blizzard’s attempts to save face in the eyes of the public while also pandering to their Chinese business partners has made them look foolish.

These organizations need to set their priorities straight. Preferably, they could sever all ties with these partners, or bow to the investments they bring. You cannot do both.

Joey Matsuzawa, a senior communications major, is sports editor for the Campus Times. He can be reached by email at joe.matsuzawa@laverne.edu.