By Ariel Torres on November 1, 2019 in Basketball, Sports 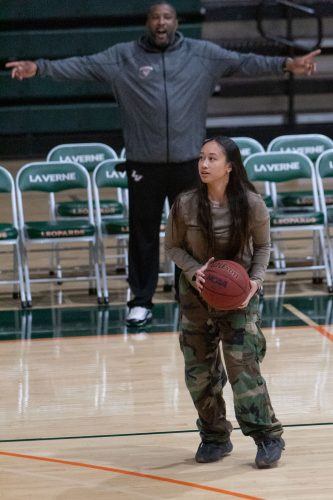 Junior point guard Madison Hotchkiss prepares to shoot her shot in the 3-point competition at the annual Moonlight Madness event Tuesday at Frantz Athletic Court. Hotchkiss would go on to win the competition. Moonlight Madness, the official kick-off event of the basketball season, also featured the announcement of the rosters for the men’s and women’s teams. / photo by Ariel Torres