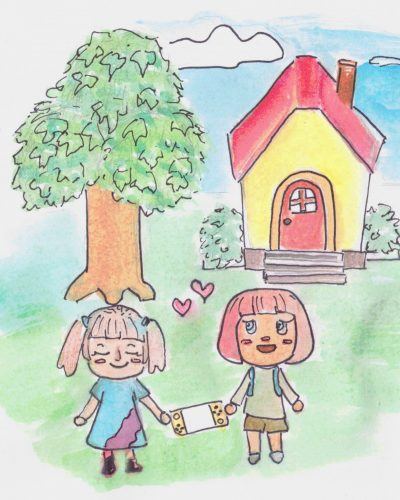 “Animal Crossing: New Horizons” for the Nintendo Switch is the newest addition to the Animal Crossing franchise and saying it is fun would be an understatement.

Released March 20, “Animal Crossing: New Horizons” is the family-friendly simulation game in which players can build their own island, customizing anything from the terrain to the creatures that live on the island.

Ethan Anise, a sophomore at Damien High School, and has already advanced deep into the game.

“It’s a great escape,” Anise said. “There is so much to do and with the only thing going on being school, because my (football) practice has been canceled, it is good because it helps me cope with the stress of school.”

Games like “Animal Crossing: New Horizon” are great escapes because it is interactive and involves gamers in the storyline.

“This game is uniting players, not just in the states, but across the globe,” said Maxson Raharuhi, an Australian student who attends Cal Baptist University. “I have friends and family that I play with on the other side of the globe in Australia.”

There are seven other official versions of the Animal Crossing franchise, but the reason this one is the most talked about is because it is on Nintendo’s biggest platform, the Switch.

Fans all across the globe are having fun, whether a novice at the game spending all day virtually fishing or a pro trying to plant 10,000 bells, the currency of the game, to double the profit.

Social media has influenced many to buy the game, seeing as it can be found referenced on almost all social media platforms. Many users tweet about the game and its various features, peaking the interest of other users who have not yet bought it.

Wheaton College freshman Gavin Roe was one of many influenced by social media to get the game.

“I saw it all over my Twitter timeline and I was interested to see what it was about,” Roe said. “It did not disappoint. I am having so much fun on this game.”

From uniting gamers to giving people their own virtual escape, “Animal Crossings: New Horizons” is helping people get through a time of unprecedented hardships and stressors.