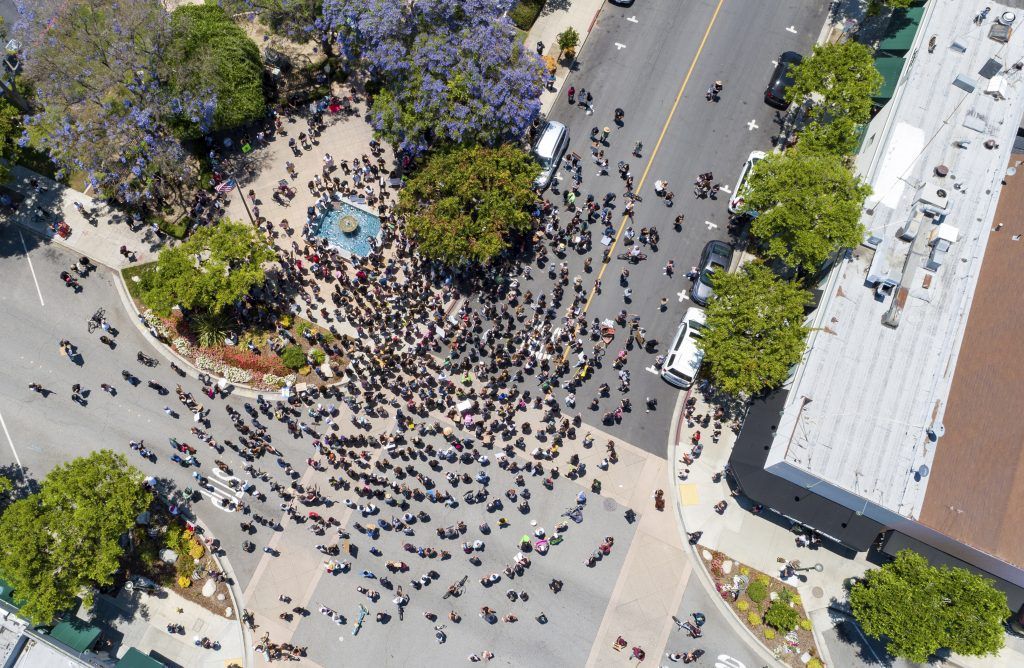 Hundreds of demonstrators marched through downtown La Verne in support of the Black Lives Matter movement Wednesday afternoon. The march, organized by Bonita High School student Grace Aprahamian, featured several speakers outside La Verne City Hall then moved south on D Street to Mainiero Square. The event was one of hundreds of such protests against police brutality that have exploded across the country in the wake of the death of George Floyd at the hands of police officers in Minneapolis. / photo by Marwan Hassan

One Response to Protesters march for change through downtown La Verne