By Jacob Barriga on March 5, 2021 in Feature Slider, Football, Sports 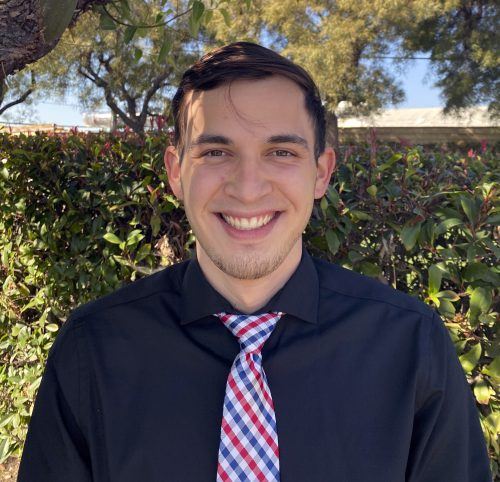 Last October VICE Sports shined a spotlight on the University of La Verne, highlighting former football player, Gonzalo Rodriguez, who is not only a champion and a record-breaking running back, but also a Deferred Action for Children Arrivals, or DACA, student.

VICE’s short documentary is a window into Rodriguez’s life story. He was born in Mexico and immigrated to California at age 6 with his mom and two sisters. He grew up in Visalia, about 45 minutes from Fresno in the Central Valley.

DACA, established in 2012 by then-president Barack Obama, is a U.S. immigration policy that allows students and others who came to the U.S. as children of undocumented parents, to receive deferred action from deportation, with the potential for a path to citizenship.

“It was difficult for the first few years,” said Rodriguez, now 21 and a junior business administration major at La Verne. “I didn’t know any English, but in the area of Visalia there’s a lot of people who understood me and where I came from, and it made me comfortable as a kid and it helped me grow up.”

VICE highlighted Rodriguez’s football career. He attended Golden West High School and was their star player. Rodriguez broke a Golden West single-season record with 69 touchdowns his senior year of high school. He also broke the Visalia rushing yards record for the city, and he won the first Valley Championship in his high school’s history.

“Breaking the record didn’t matter to me as much. I only wanted to win for the team,” Rodriguez said. “Our team was family oriented. We went to war with the guys right next to us. We built a brotherhood, and it is a bond that I will have forever,” Rodriguez said.

After high school graduation in 2018, Rodriguez looked for the right college – where he could continue to play football and focus on his studies. After one visit to La Verne’s campus, he felt at home.

“La Verne accepted me even though I applied late, and I instantly fell in love with the small town and the school,” Rodriguez said.

Rodriguez was set to play football for the school after contacting head football coach Chris Krich.

“His high school athletic director reached out to us, and we liked him as a player,” Krich said. “He is an all-in type of person. He is dedicated and passionate about life and you can see it through his work ethic every day.”

Unfortunately, due to a head injury in his first season at ULV, Rodriguez could not continue playing football, but continued to help the team by filming practices and games.

And he’s stayed involved in University activities, even throughout the pandemic and remote learning. He is in the business practicum program, and has connected with a lot of different people at La Verne.

He said he is grateful for the opportunities to interact with people who  have different backgrounds and cultures.

“One of the best things about being in college is that I have gotten to meet people from all over the world. It has been amazing, and it is one of the things I appreciate the most,” Rodriguez said.

Rodriguez’s story – amid the backdrop of DACA recipients, who during the past four years have faced more than their share of uncertainty about their futures in education and careers – has touched many of his friends, classmates and teammates.

“Gonzalo has worked so hard to get where he is today and it has given me a new perspective on my life,” said Jacob Martin, former ULV student and business administration major. “It made me realize I have to take advantage of every opportunity I have in my life and work hard to get where I want to be.”

The DACA program has provided opportunities for many students including a handful at ULV.

“It’s a blessing to be able to stay close to home in California and get a college degree,” Rodriguez said. “If it wasn’t for this program, I wouldn’t be where I am today.”

Rodriguez is on track to graduate in spring 2022, and he hopes people remember him for the type of person he is.

“I have experienced growth as a person, and I thank La Verne for helping me grow,” he said. “I hope people remember me as a friend they can always count on and someone that is always happy and smiling.”