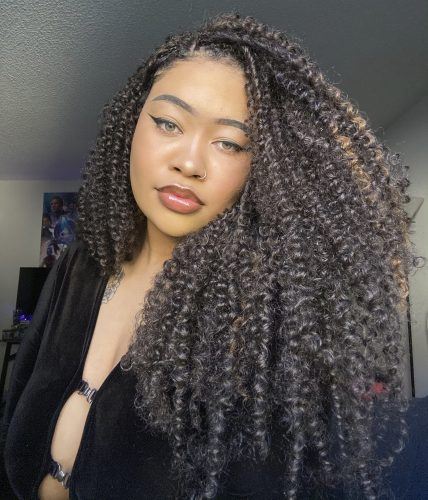 George Floyd died May 25, 2020, at the hands of former Minneapolis police officer Derek Chauvin, who kneeled on his neck for nine minutes and 29 seconds. Just one month short of the one-year anniversary of the tragic day, justice was served and Chauvin was convicted of second-degree unintentional murder, third-degree murder and second-degree manslaughter.

The trial’s outcome was one of the most highly anticipated events of the year, and despite the entire incident being caught on video, it was still extremely likely for the case to end in Chauvin’s favor considering the history of police brutality cases. According to National Public Radio, only five non-federal law enforcement officers were convicted of murder in an on-duty shooting between 2005 and 2020.

The verdict came as a shock to Misty Levingston, associate director of multicultural affairs and Black student services, as the situation took an emotional toll on her and her family.

“So many times police have been filmed on camera beating a Black person, killing a Black person, and this time they actually were found guilty,” Levingston said. “My emotions were like a ‘Hallelujah, thank you Jesus’ kind of feeling.”

She continued mentioning the infamous Rodney King case which inspired the Los Angeles Riots in 1992 where King was nearly beaten to death by police.

“Nobody was found guilty, none of them,” Levingston said. “It was like it was OK to beat the hell out of a Black person and be able to get away with it.”

However, these cases appear often and the common denominator in these incidents is race. Despite Black people only making up 12% of the world population, they make up 25% of police brutality worldwide. According to Northeastern University professor of health sciences and epidemiology Matt Miller, Black people are killed at a higher rate than white people are.

Levingston said it is important to acknowledge that Black people are not approached with the same grace and understanding that white people are when it comes to enforcing the law.

“Approach us Black folks and other folks of color with the same manner,” Levingston said.

When comparing the treatment of Black people versus the treatment of white people when police are enforcing the law, there are disparities based on racial groups. For instance, Dylann Roof, the white man who is responsible for the Charleston shooting on June 17, 2015, murdered nine people and was treated with utmost respect. Police officers even bought the murderer food from Burger King following his arrest.

Mahkia Bryant, a 16-year-old Black girl who was shot and killed by police in Columbus, Ohio, on April 20, just minutes after the Chauvin trial verdict, was not afforded the same luxuries. The young woman called law officials because she was being threatened by a group of teenagers, and was carrying a knife for her own protection. Instead of de-escalating the situation, one of the officers who responded immediately fired his weapon, killing her.

Close to 1,000 people are shot to death by American police officers every year. Levingston said it is important to continue to fight for systemic changes in the criminal justice system.

“In general, I’d like to say that I’d like to respect the sanctity and dignity of our police officers, but when you’re only protecting one kind of people, it’s hard to put our trust in them,” Levingston said.

It is important to recognize George Floyd not as a symbol of police brutality, but as a person who should still be here today. His case is one of many in this category, and it is important to keep the momentum and continue to keep these incidents in the spotlight to fight for a better tomorrow.

Deja Goode, a senior journalism major, is editor-in-chief of the Campus Times. She can be reached at deja.goode@laverne.edu and on Twitter @medeecine.