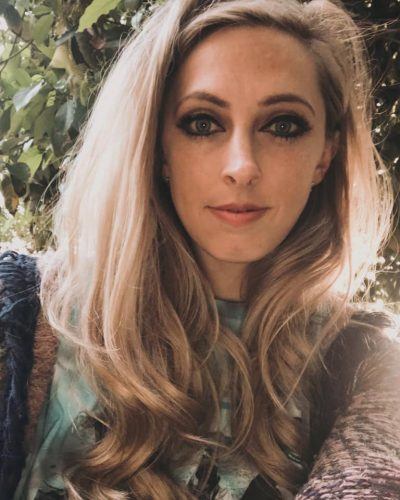 Emily J. Sullivan, class of 2020 journalism graduate and mother of the world’s most bubbly twins, has been making a name for herself in the world of journalism, with bylines in publications including The New York Times, Cosmopolitan, Los Angeles, The Hollywood Reporter, and more.

As a freelance journalist, Sullivan paints the most colorful pictures using her humor and natural gift for words. She writes with raw honesty about her own trials, including her past struggles with drug addiction. After healing from her addiction, she became comfortable writing about her personal experiences with drugs, and became a voice for many who struggle with it too. Her talents are not limited to this. She also shares her hilarious take on life as a mother of twins. She takes writing classes, currently working on an MFA in creative non-fiction at UC Riverside, to broaden her horizons.

Sullivan credits her dogged persistence for her freelancing success. She even noted that  a publication blocked her email once, leading her to create a new email address to pitch to the same publication, which ended with her getting published there. She reflected on  her process during a recent phone interview with Campus Times Editor-in-Chief Deja Goode. (This interview has been edited.)

Deja Goode: What made you decide to pursue a career as a freelance journalist?

Emily J. Sullivan: I don’t think I ever decided to do freelance journalism specifically, it just kind of happened that way. It works out well for my situation as far as having my twin daughters, who are 7, and in school. I am getting my master’s in creative nonfiction right now. Being freelance affords me the flexibility to write and be published while not working full time at a publication. But I want to do it eventually.

DG: What inspires you to write?

EJS: I guess I like telling stories. I like words. I feel like I am good at writing. There is a certain rhythm with writing that I feel like I just kind of get. Once I get into that rhythm, I just feel like I am doing something I’m good at and that I’m supposed to be doing. I don’t know if those are all the reasons that inspire me to write, but those are the reasons I definitely feel like I can. It’s why I enjoy writing. I get pretty fired up about certain things, and then once I’m focused on them, I get just really passionate about throwing myself into a project. It’s funny because I took a food writing class over the summer because I wanted to branch out from addiction writing. So I ended up writing a piece called “Hungry and Loaded on Hollywood Boulevard,” which is about food and addiction and just made me laugh because it was a food writing class. But all of sudden I had this new vehicle to tell a story and it fired me up to talk about the culture of addiction and place and using food to tell the story. It’s little things like that that I become fixated on that inspire me. They kinda work as a muse.

EJS: I loved it. It was so fun. I do really well with prompts so sometimes taking writing classes are really good just for that because you meet with people who are interested in the same thing you are and you have a teacher who guides you along. She gives you a very specific prompt that otherwise you might not have ever had the idea to write that story.

DG: What’s your favorite story you’ve ever had published?

EJS: For me, “Hungry and Loaded on Hollywood Boulevard” probably has to be my favorite piece I‘ve ever written. It was all based on an essay that we read where a man was criticizing the culture of food writing and how they have these holes where they don’t talk about the ugly side of food culture. There’s not a lot of eating disorder pieces or addictions or just different ugly sides of food. It’s all like this big pretentious “la de da” thing. It made me think “Oh that’s really true. I wonder if I can talk about the culture of a place using food and really shine light on the realities of a place.” You don’t usually talk about vending machine cinnamon rolls when describing a place, but it works. It’s ridiculous, but it’s very interesting and not often explored.

DG: How did you first get comfortable writing stories about your past with addiction?

EJS: That was definitely a journey. I had to get some distance from that part of my life to be able to talk about it in such a candid way. When it was all so fresh, I couldn’t really talk about it the way I can talk about it now. Once I just felt like I had really moved on, I was able to revisit it, dissect it, and offer it up for other people. One of the things that bothered me so much was that there’s such a stigma and a cookie-cutter image of what an addict looks like. I really felt like I had the power to kind of shift that image a little bit, so I didn’t mind putting my face to it really for that.

DG: What advice would you give to someone pursuing a freelance journalism career?

EJS: You can’t just be a good writer. A lot of people who get published, there’s like a million better writers out there, right? You just have to really be able to put yourself out there. When I was writing bull, I was sending it to the New York Times. I’ve really just been kind of fearless in that regard and very persistent. You can’t be afraid to hear “no” at all. Every single thing I’ve published has been rejected anywhere from 10 to 100 times. I’m not exaggerating, I was really that relentless in the pursuit of being published. If I believed in a piece or an idea, I did not give up until someone gave me a “yes.”

All of Sullivan’s stories are available at emilyjsullivan.com.